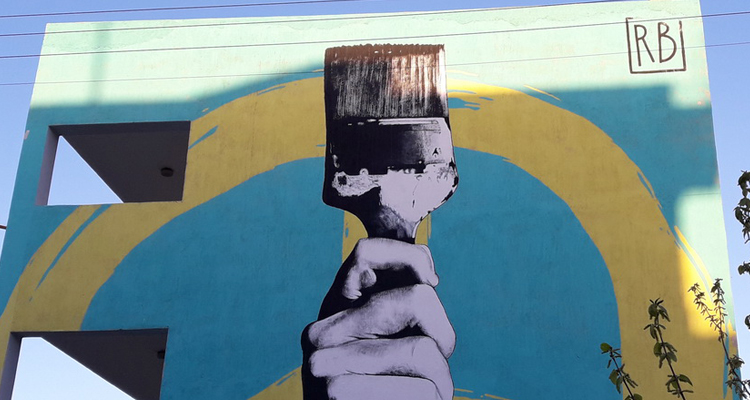 Ricardo Buonafede was in Athens and just finished a mural for Athens Street Art Festival, curated by Andreas C Tsourapas and a group of committed individuals who are guided by a passionate belief in the power of art.

Entitled “EIRENE” the wall represents a tribute to urban art that leave more and more peace messages that oppose an oppressive system. In Greek mythology Eirene was the personification of peace. She was the daughter of Zeus and Themis and sister of Dike (Justice) and Eunomia (Law). In the center of the paint there is a hand holding a brush in a realistic black and white that contrasts with a colorful background turquoise and yellow. Tha hand is the author of the symbol of peace painted on the wall and at the same time represents the central line of the symbol it self. Artist and expression come together in a strong message. The number 4 resumes the number of the school on which the work develops.

Riccardo’s works are characterized by the emphasis on anatomical features of the human being. He focuses particularly on the lights and shadows that define the shapes, looking for a softness and depth of neoclassical sculpture. All this is superimposed on eccentric and colored background that alienate his works from traditional painting and bring them closer to a pop posterization. It’s a distorted image processing between modernism and classicism which evolves into a still image, allowing the artist to create paintings with a strong visual impact.

Athens Street Art Festival is a Non Profit, Non Subsidized, Non Governmental and All Volunteer Street + Urban Art Festival established and based in Athens, Greece attempting to promote Social Conscience and Action through Art. The Festival invites a series of exceptional artists and innovative thinkers committed to fostering awareness and education for social change. Through this collaborative effort, the group provoke new perceptions, broaden awareness and education and find creative solutions.

Since its establishment almost 10 years ago the Athens Street Art Festival lead and curated by Andreas C Tsourapas hosted more than 170 artists, and painted in 8 different Municipalities of Athens more than 32,000 m2 of Murals.…becoming one of the biggest festivals worldwide. 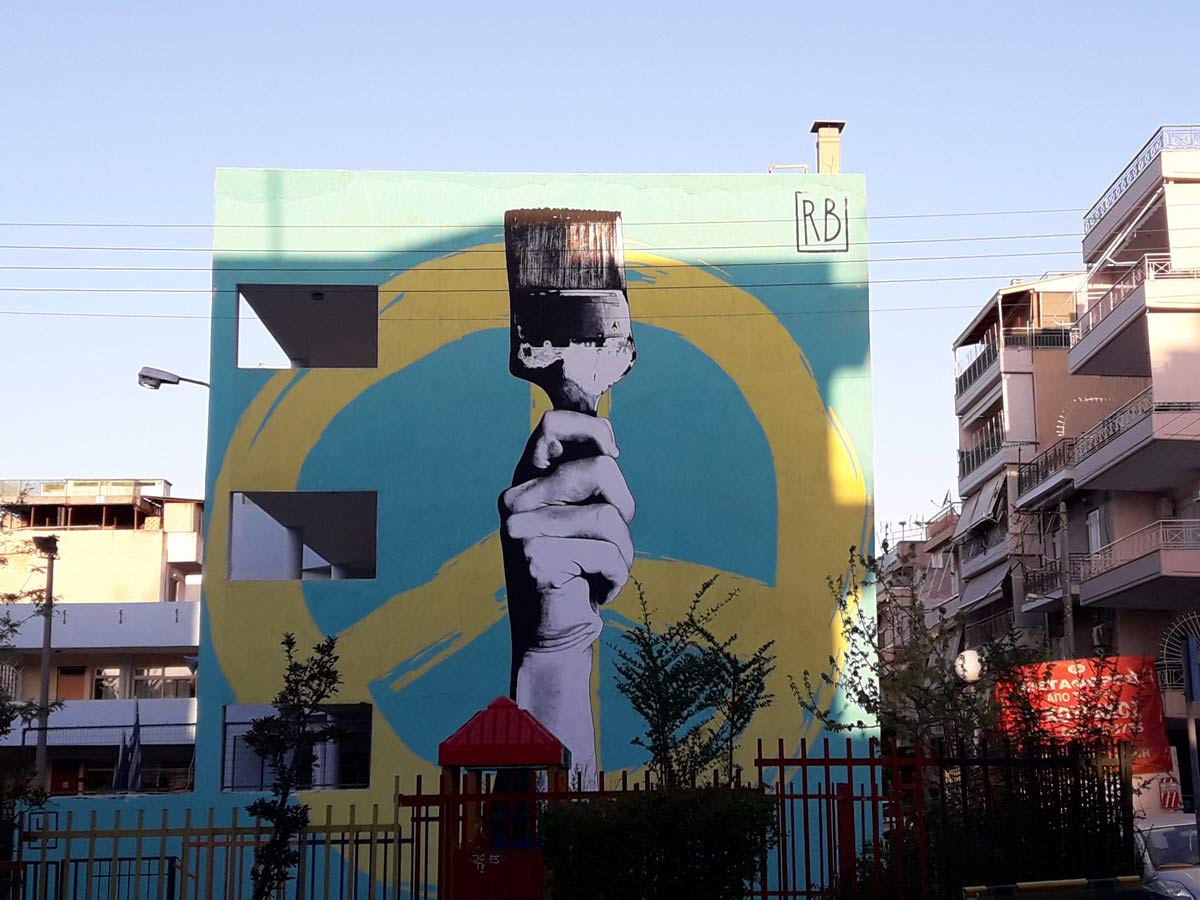