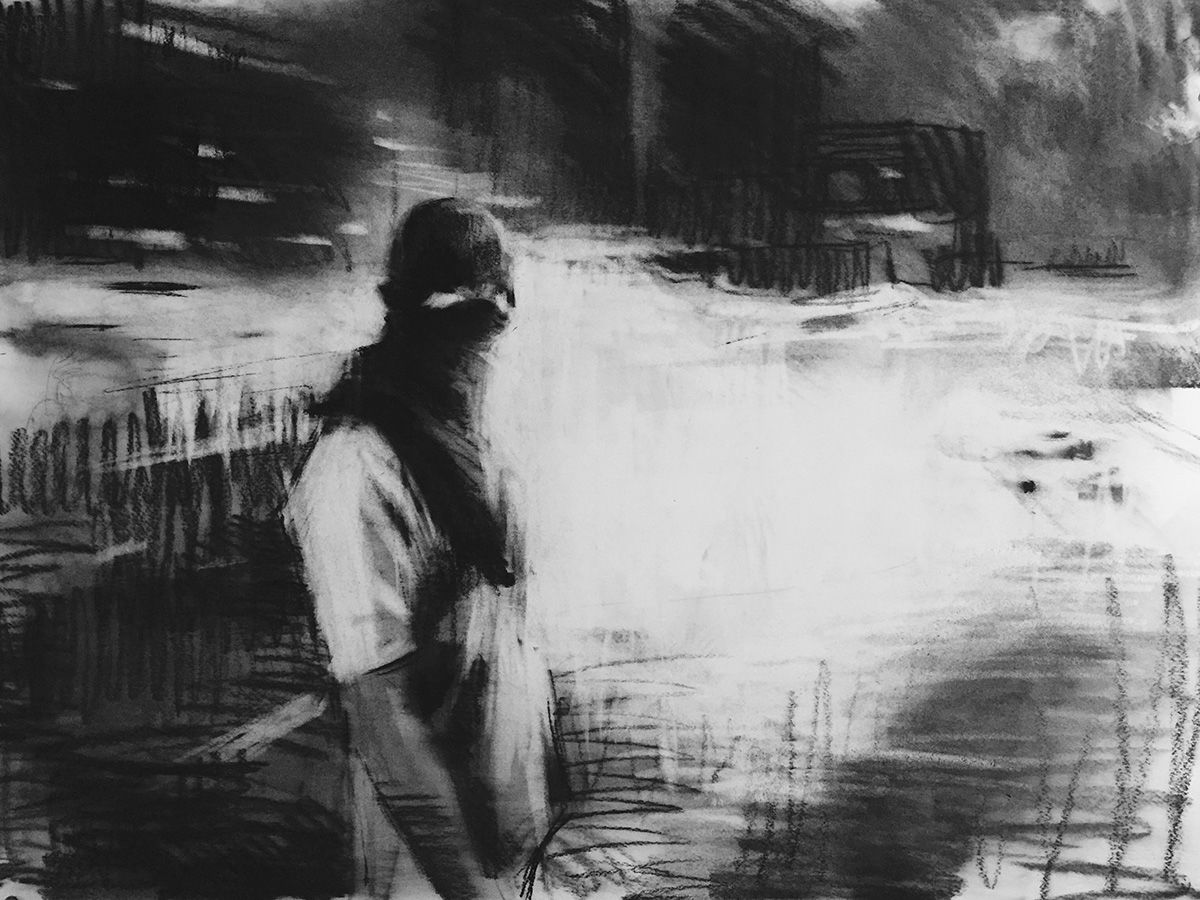 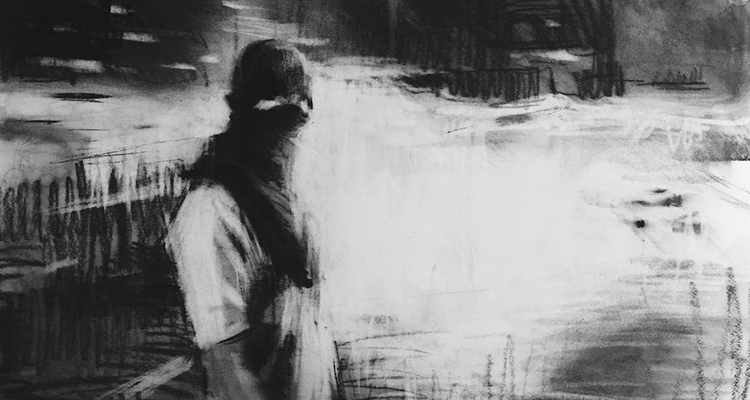 Using a dynamic creative process that includes expressive brushstrokes, moves of the spatula and countless shades of tone, the French-American artist created a new body of work that aims to reveal what is hidden behind familiar images. Taking inspiration from press footage and Internet images of riots around the globe, Lagarrigue’s paintings act as a lens into conflict zones without any particular geographical location. Approaching this series of paintings as if directing a film, each painting is meant to exist as a portal for the viewer to jump through and give taste of the action. Cleverly using painterly brush work and blurry effect to accent the uncertainty that reads from the image, he captures the viewer’s attention with the same mass media imagery that is often rapidly consumed and forgotten. Riot police in action, smoke bombs, Molotov cocktails, all these too familiar images are mixed into powerful landscapes of human collision regularly seen in the mainstream media. Transferred into classic form of oil paintings or charcoal drawings, these images are becoming historic documents of tensed times we live in.