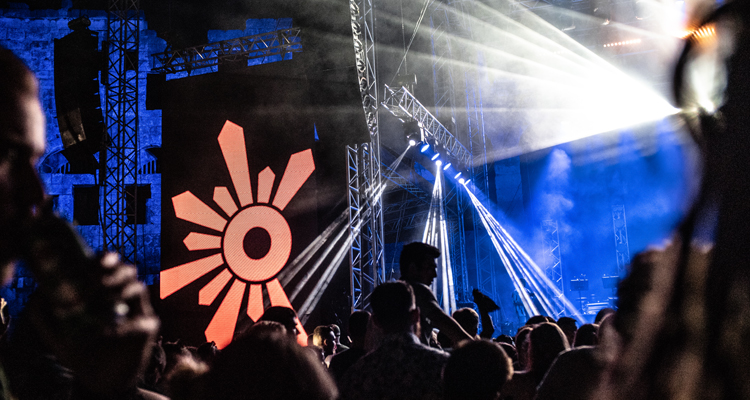 Outlook Festival 2018 – Let’s Rave Together As A Family

Posted at 13:19h in Culture, Events, Featured by Arjan 0 Comments

Looking back at what was the best happening of the year, as many will agree.

Having  won the UK best festival award for an overseas festival multiple times, Outlook is called ‘The biggest Celebration In Soundsystem Culture’ for a reason. It is held at an iconic 150 year old fort on the Adriatic coast in Pula, Croatia. With 10 stages, over 300 artists and 54 boat parties, it attracts more than 15,000 likeminded music lovers annually for a deep dive into a thrilling 5 days and 4 nights, with dub(step), hip hop, jungle, grime, drum and bass, garage, dancehall and everything in between to choose from. 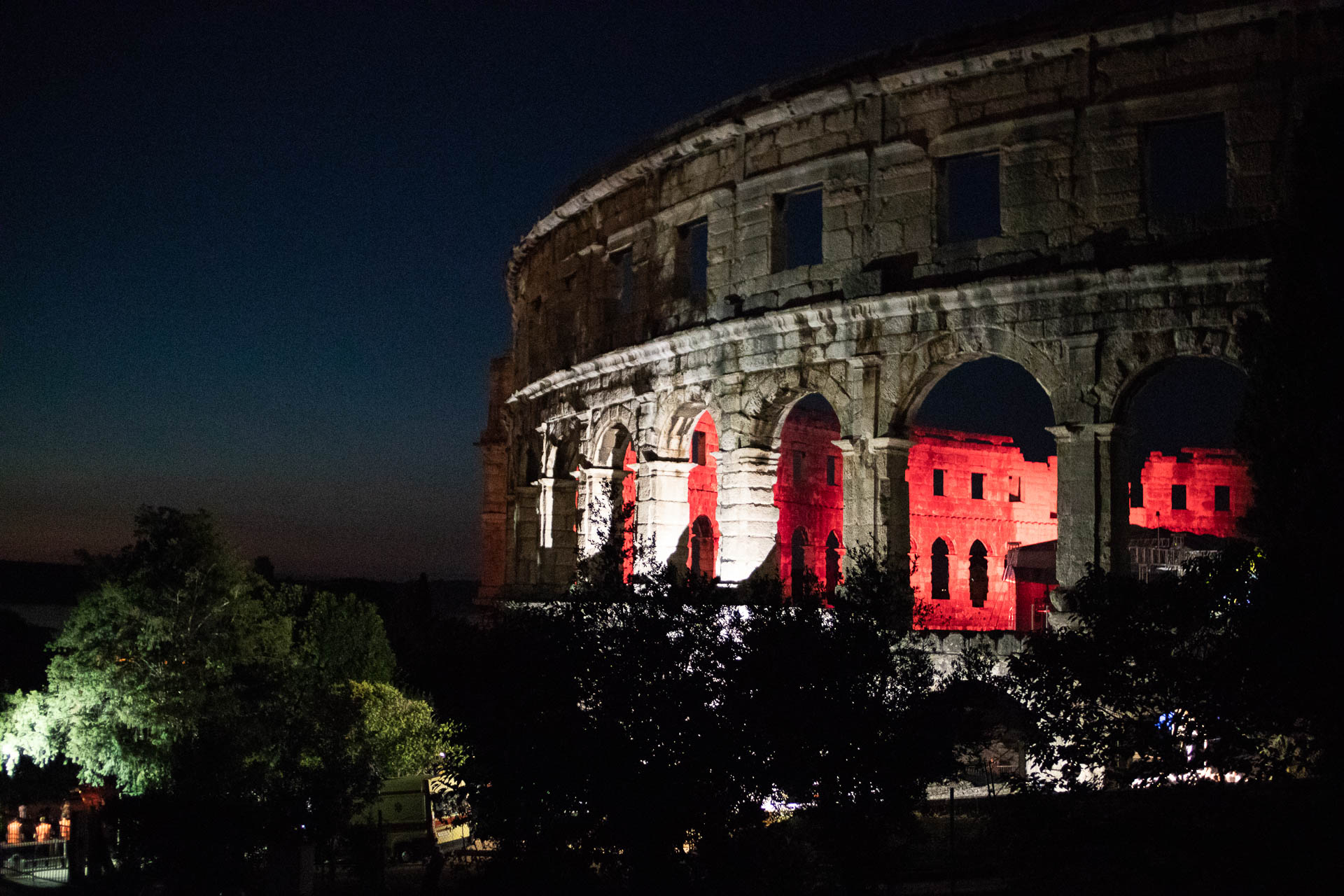 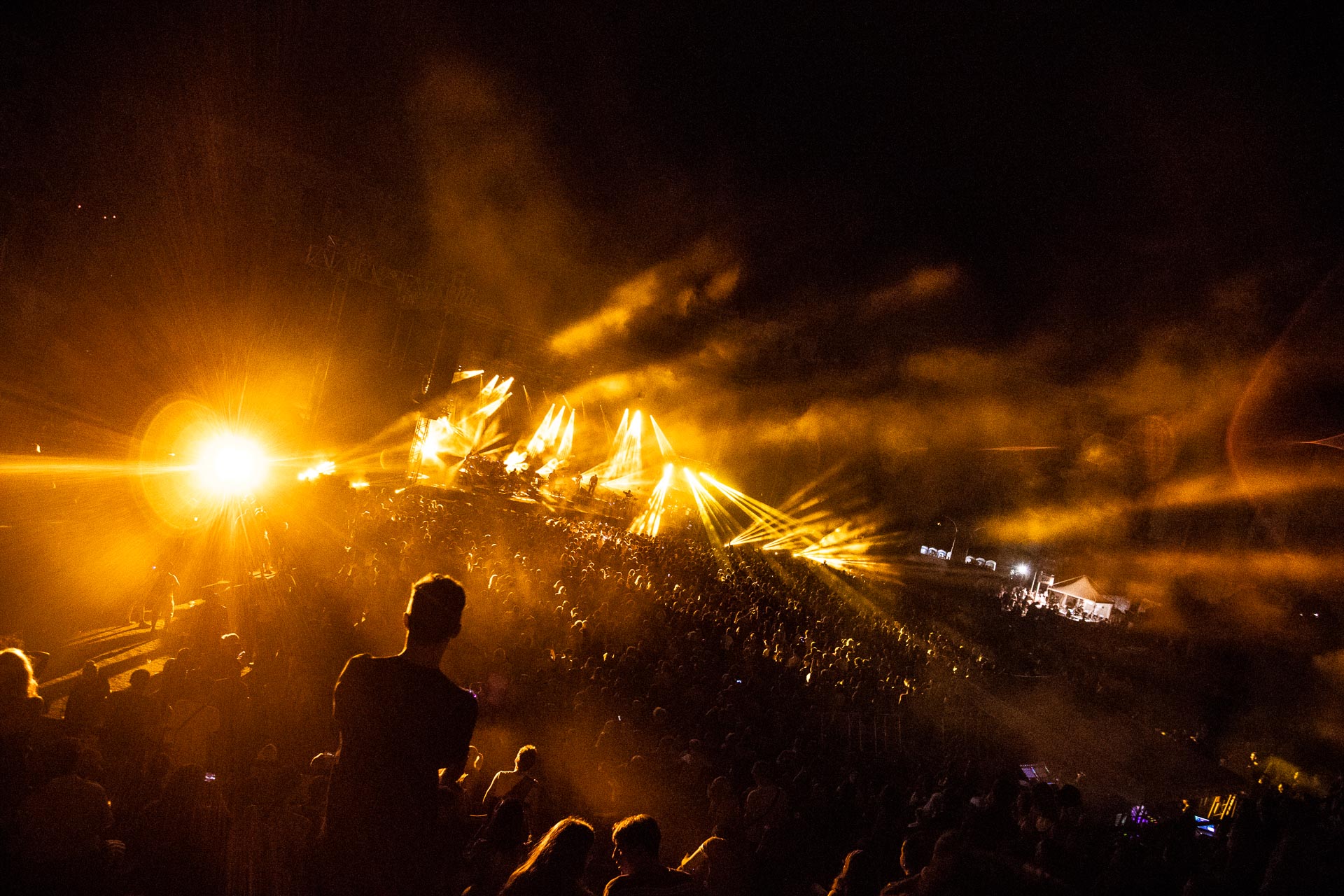 The opening concert, held in a 2000 year old Roman amphitheatre, was a magical experience, with outstanding performances by Children of Zeus, David ‘Ram Jam’ Rodigan with the Outlook Orchestra, and Bonobo. David Rodigan was a breath-taking retrospective journey through bass music, led by the majestic Outlook Orchestra. The last part remains the highlight, with Redemption Song, followed by Dawn Penn’s classic dancehall anthem ‘You Don’t Love me’ and Dubkasm’s ‘Victory’ as the grand finale. I was left speechless by the beauty of it, to be honest.

Bonobo’s show definitely took the award for best light show at Outlook, mesmerizing would be the right word. Even though Wiley missed his flight, Outlook treated us with replacements in the form of High Focus Records and Goldie. High Focus brought some boom bap in the amphitheatre, while Goldie started off the first proper dance with rattling amen breaks and filthy reese basslines. This proves once again, whatever happens, Outlook handles their setbacks better than any other festival I’ve ever experienced. Top notch. 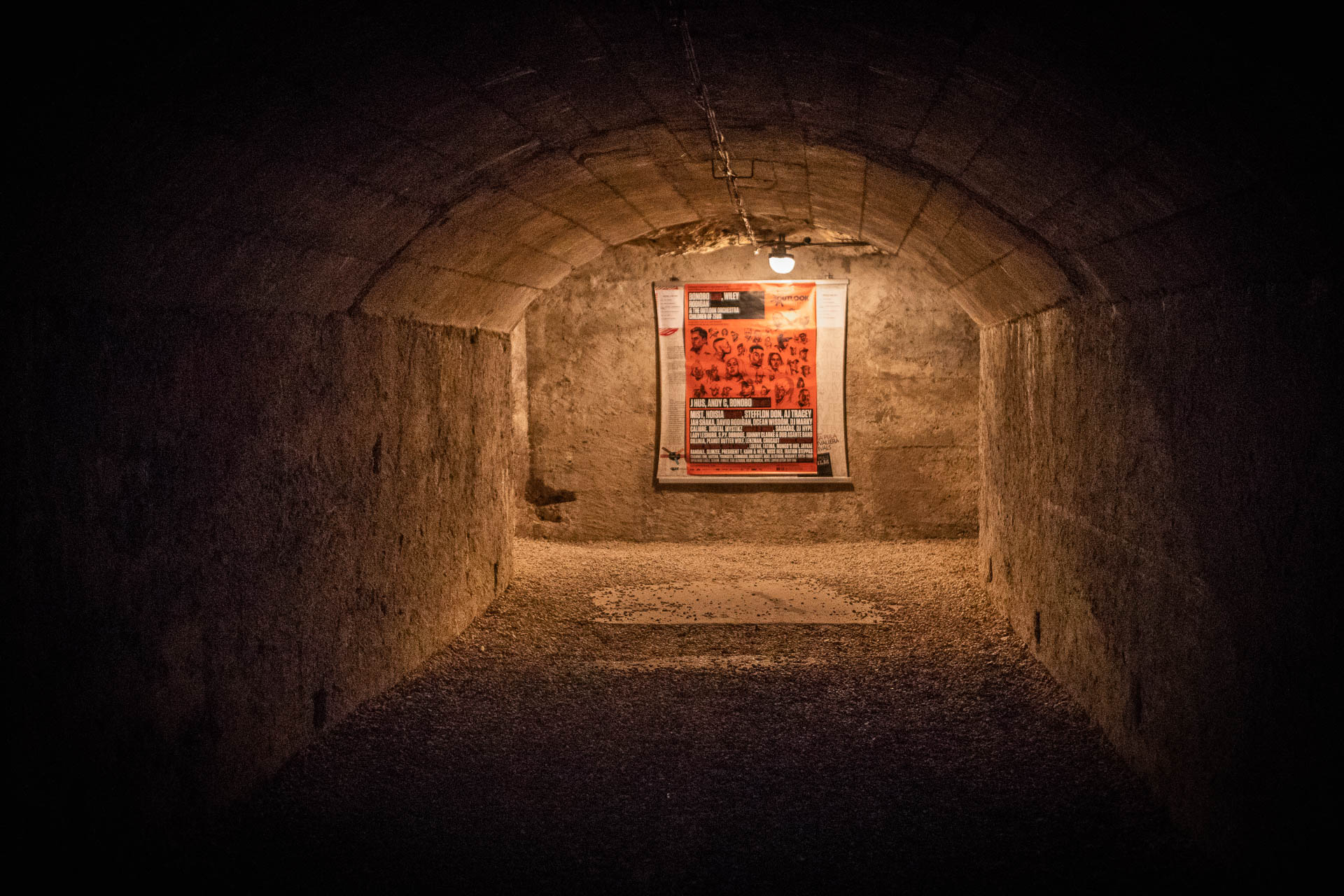 In between the immense appetizer that was the openings concert and the first night of the festival, we attended a new division of Outlook: the Zerostrasse tunnel parties. As the organization describes: “We unlock Pula’s forgotten tunnels for a brand new party experience”. With the tunnel parties being held for the first time, I was beyond thrilled months before the festival kicked off, to see, hear -and feel- what this was going to bring us. Who doesn’t love a good tunnel rave? 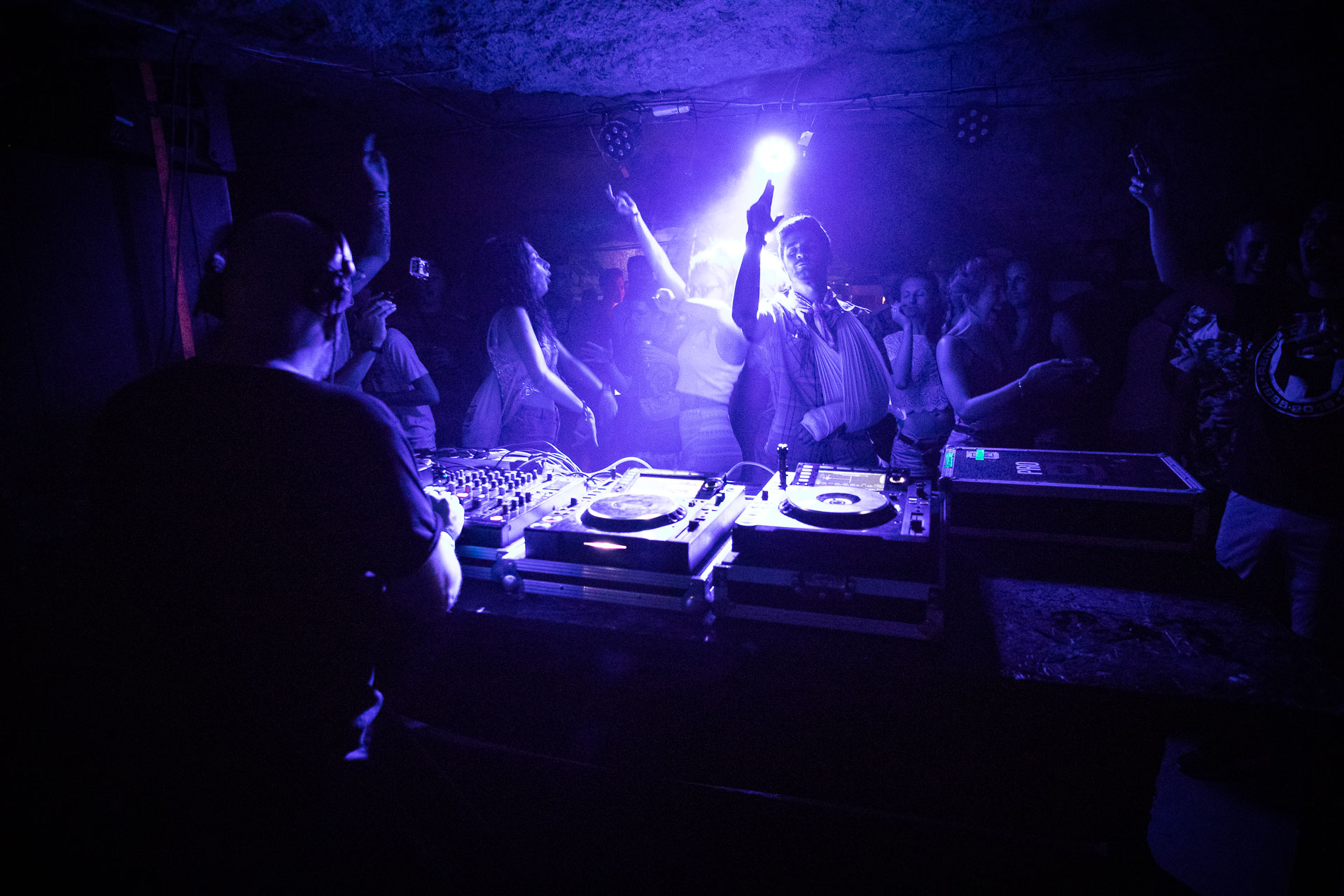 We had the luxury that the Zerostrasse tunnels were located near our Airbnb. After three minutes of walking I could hear the subbass, almost feel it. Then you know it means business that night. Walking through the main tunnel towards the party area it was almost frightening, the sound system making the tunnel walls vibrate like an untamed beast. Reaching the area, it was settling to see that we had not arrived in the belly of the beast, but were met instead with a mass of ravers, hypnotically skanking and zoning out to the sounds of the Dub Smugglers.

Switching between grime, dancehall, steppas, and other dirty UK bass laden sounds, they threw exactly the right things into the mix -both literally and figuratively- to fit the raw, gnarly vibe of the tunnel. This was exactly what I had in mind for a tunnel party; an intimate, raw, underlit setting, an absolutely pounding system and dutty tunes to have people dancing like there wasn’t going to be anything remotely reminiscent of a ‘tomorrow’, let alone four more nights of festival.

Thinking back to this experience, if this night had to be named by a tune, it would be ‘Kid606 – Yr inside the smallest rave on Earth’. The music catching the vibe and energy of the night, and the title accurately reminding us where we were in the moment: a secretive, intimate, hidden away underground musical gathering. The concept of these brand new tunnel parties is amazing. Let’s hope they remain, cause we are already looking forward to next years’ editions. What an experience it was indeed. 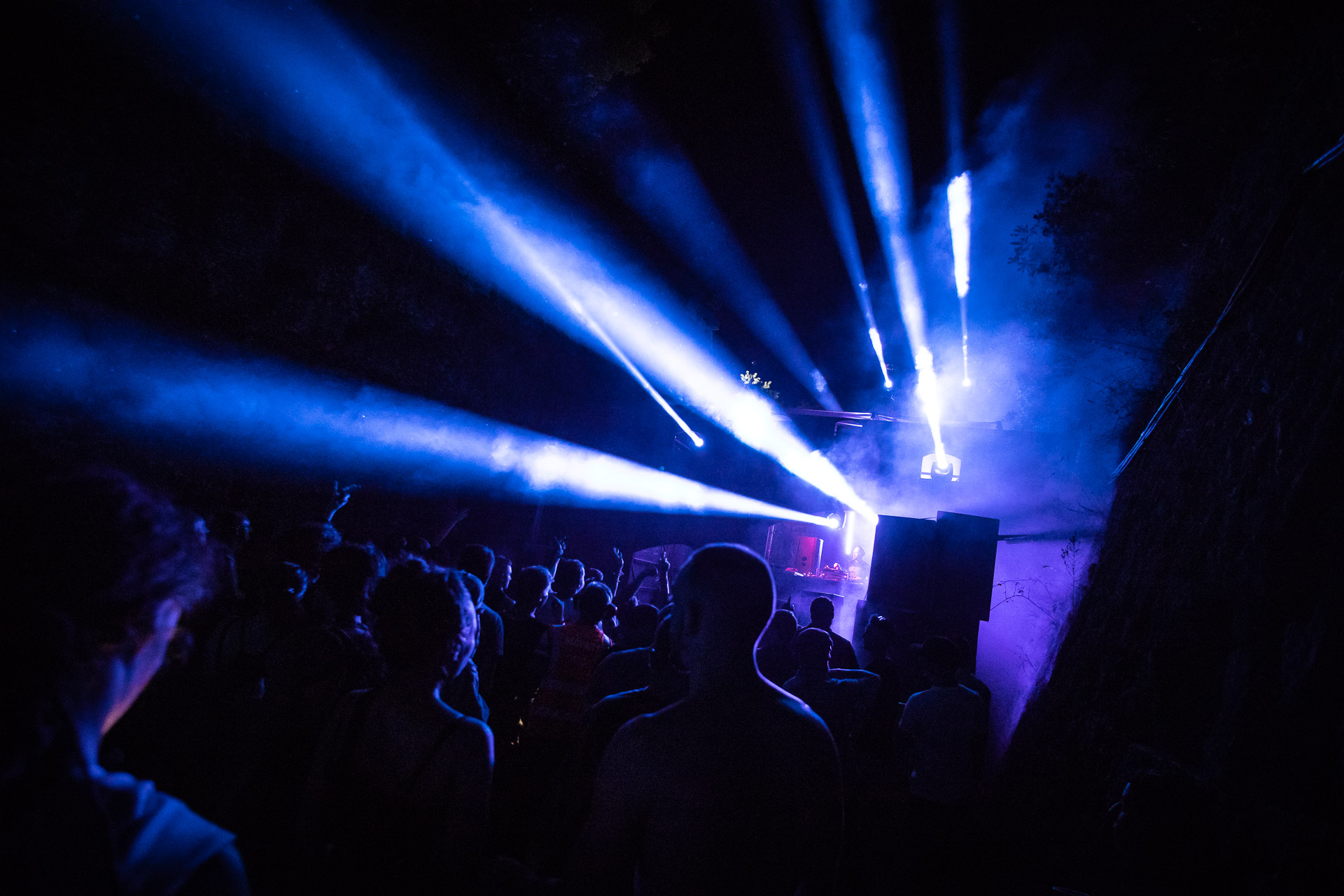 Being gassed about what the festival already brought us, without even having been at the fort, we took a cab, arriving just after midnight. It was all about deep sub bass that night. Deep, Dark and Dangerous takeover at the Courtyard and J:Kenzo b2b Youngsta at The Moat, which still remains my favorite stage for deep, bass-heavy dubstep; nothing like banging your head between these two old walls. Short to say that the J:Kenzo b2b Youngsta set was one of the -many- highlights of this year’s Outlook. The Courtyard was the other place where it went down that night. Truth provided the heat with their infamous Deep, Dark and Dangerous imprint, with none less than Sepia, Distinct Motive, Onhell, Taiko, Seven, Dalek One b2b Coldcuts, Kiva, and of course Truth, being truthfully ours. Salute, it was an absolute honor. 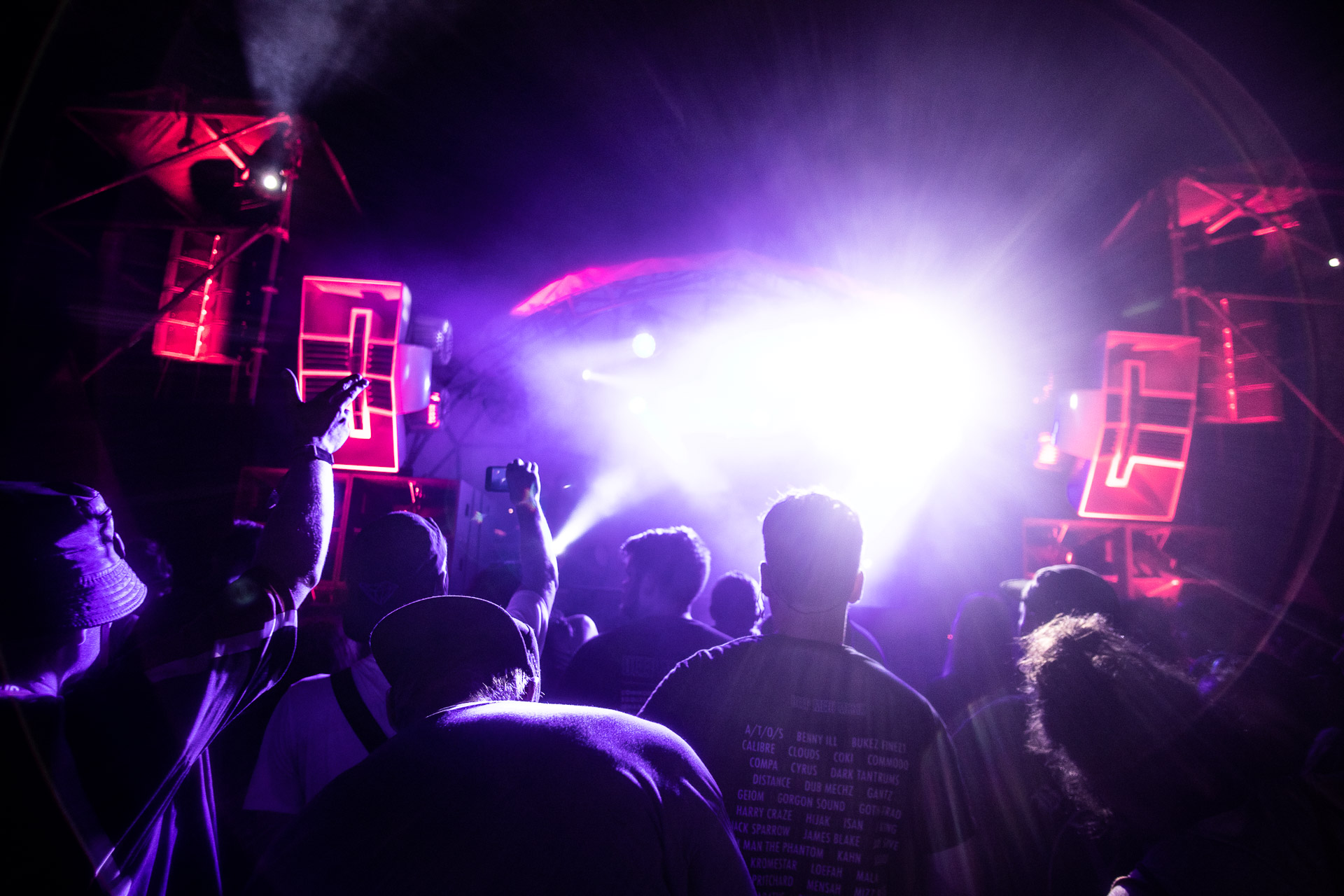 Waking up, a little out of order, but with the biggest smile on my face. Thinking back on that amazing first night at the fort, we prepared ourselves some healthy meals; remember to treat yourself with some veggies and vitamins every once in a while, attending Outlook is not something to scoff at. We arrived at the festival site absolutely pumped, knowing that this was the night the infamous DEEP MEDi takeover, or rather, yearly reunion was going to take place. Any dubstep head who ever went to Outlook before, knows that this is something you do not want to miss out on. The lineup was as mindblowing as it can get; Commodo b2b Kahn, Goth-Trad, Mala, Egoless, Silkie, Truth, Compa, Gantz, Jack Sparrow (Pula Riddim anyone?) and Kaiju, hosted by DEEP MEDi’s long time hosts, Crazy D and Sun of Selah. Short to say, it went off at The Void. Mala and friends showed once again, why they are the gatekeepers, pushing the sounds we all love so much. We also made a quick stop at the new Subdub Arena (formerly Mungo’s Arena) where Mungo’s HiFi and Charlie P. were delivering an excellent set as always, doing what they do best. 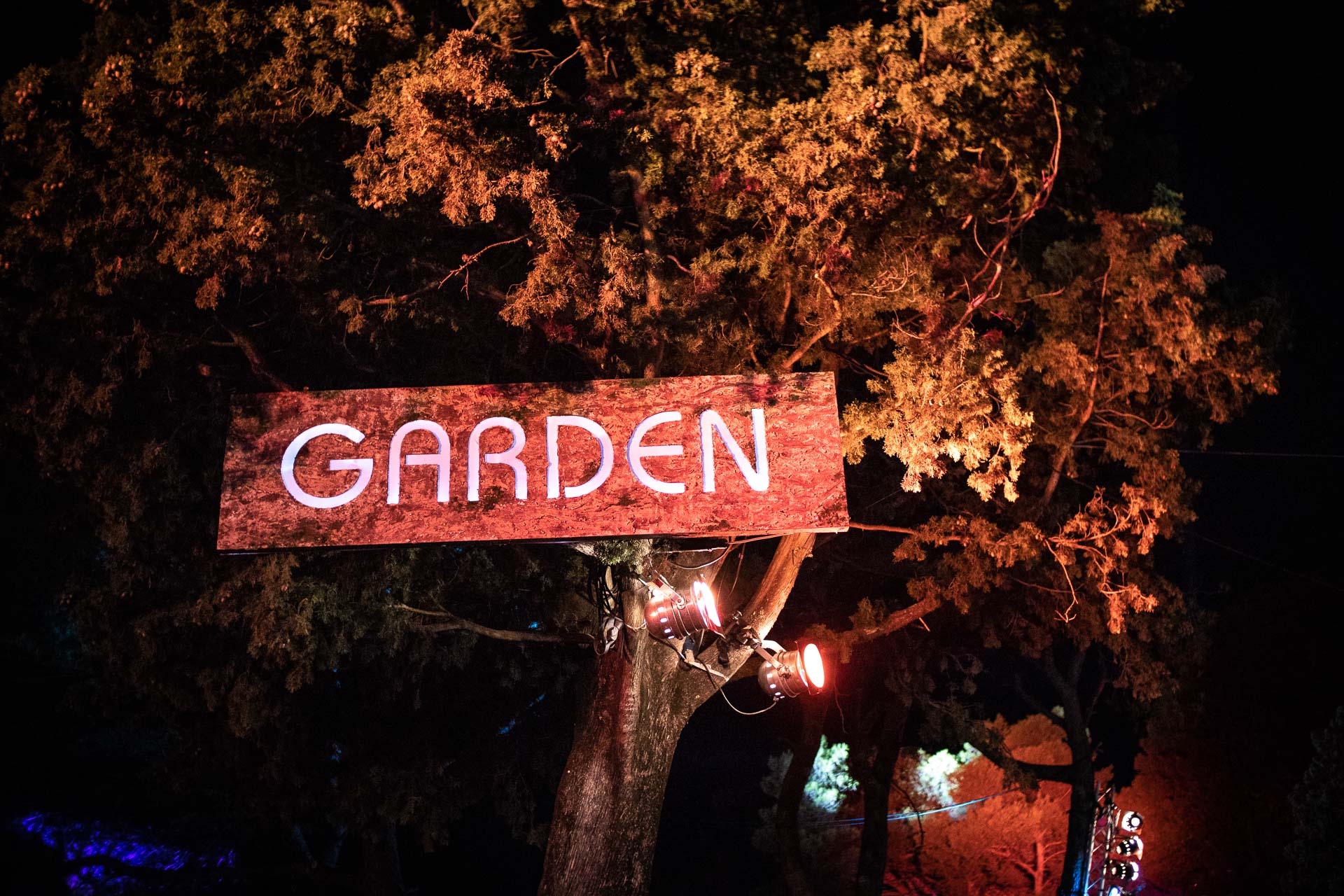 Saturday was all about wandering about. Without having a specific schedule, we just went along with all the festival had to bring that night. Which was a lot, because this year’s lineup wasn’t into giving the attendees much rest, at all. This is also one of Outlooks most powerful features: they know exactly who they book and how to transform those bookings into interesting stage lineups. Next to the already rooted artists who’ve earned their stripes a long time ago, the festival also gives upcoming stars their shine. Same goes for the names you’ve never heard of before, because the bass scene is more flourishing and widespread than ever. It’s a pure blessing, because at Fort Punta Christo you’ll never get bored. 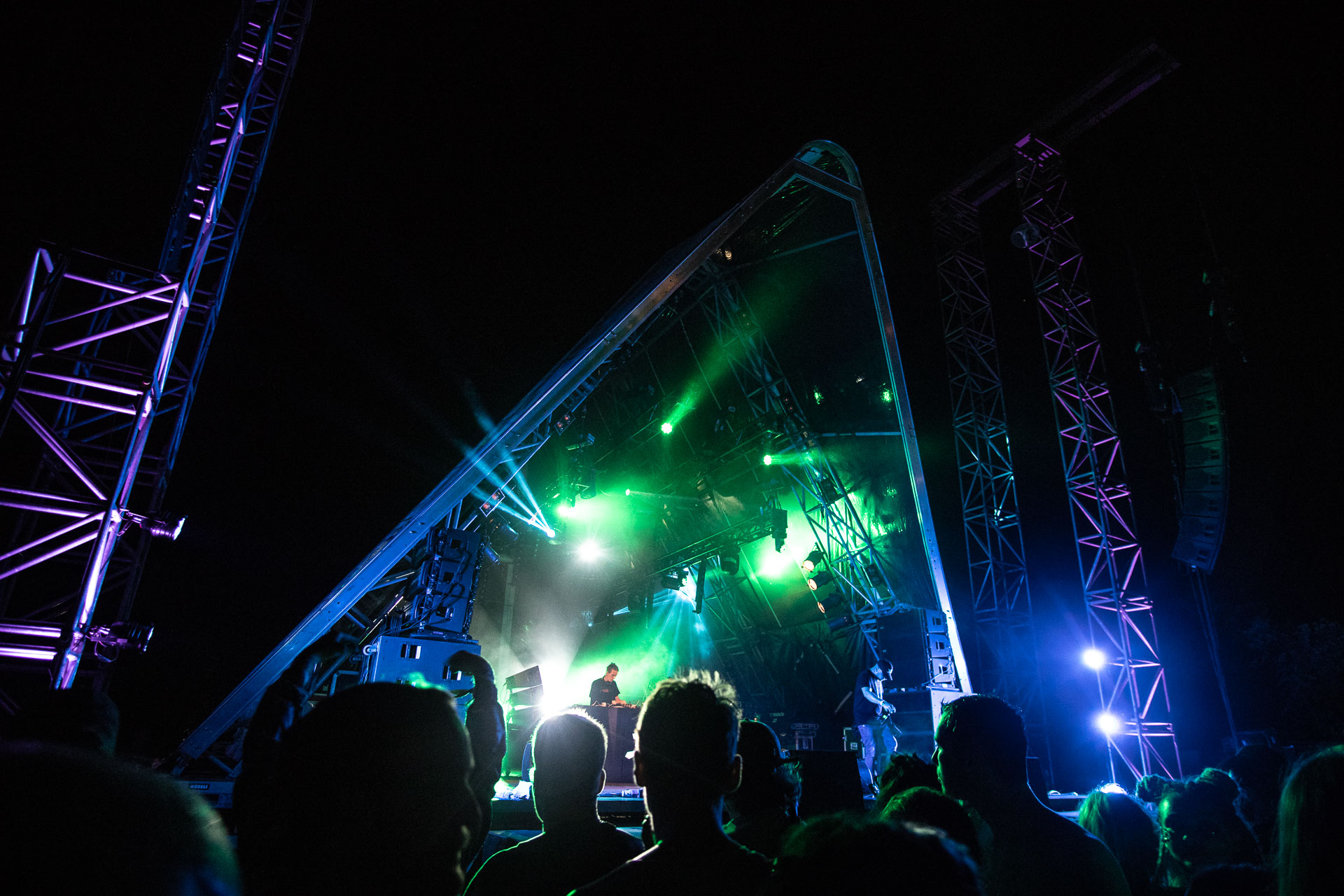 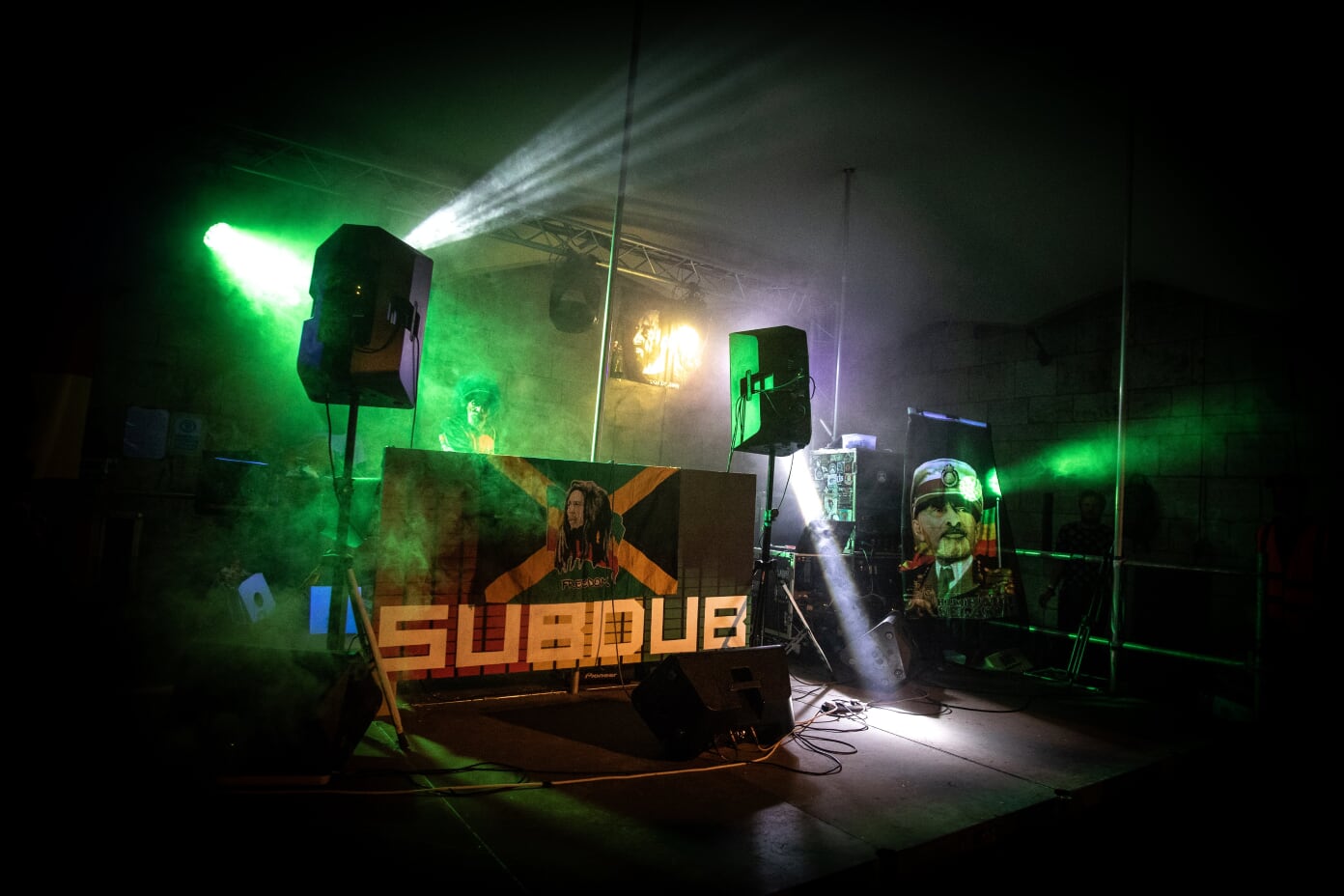 You can’t imagine the ridiculous amount of exclusive dubplates that are being fired at the lot during the festival. Some producers make a sport of it to come up with a special edit just for Outlook to gun down the dance with. While this is not at all something new to the dubstep scene nowadays, it holds some magic to witness this together at the festival. My personal advice would be to start training your gun fingers a couple of months prior to the festival, you will need them! Highlights of this night were Hatcha and Friends at The Garden, Noisia at The Clearing, and the Mighty Jah Shaka at the Subdub Arena, with the sound provided by the amazing Sinai Sound System rig. 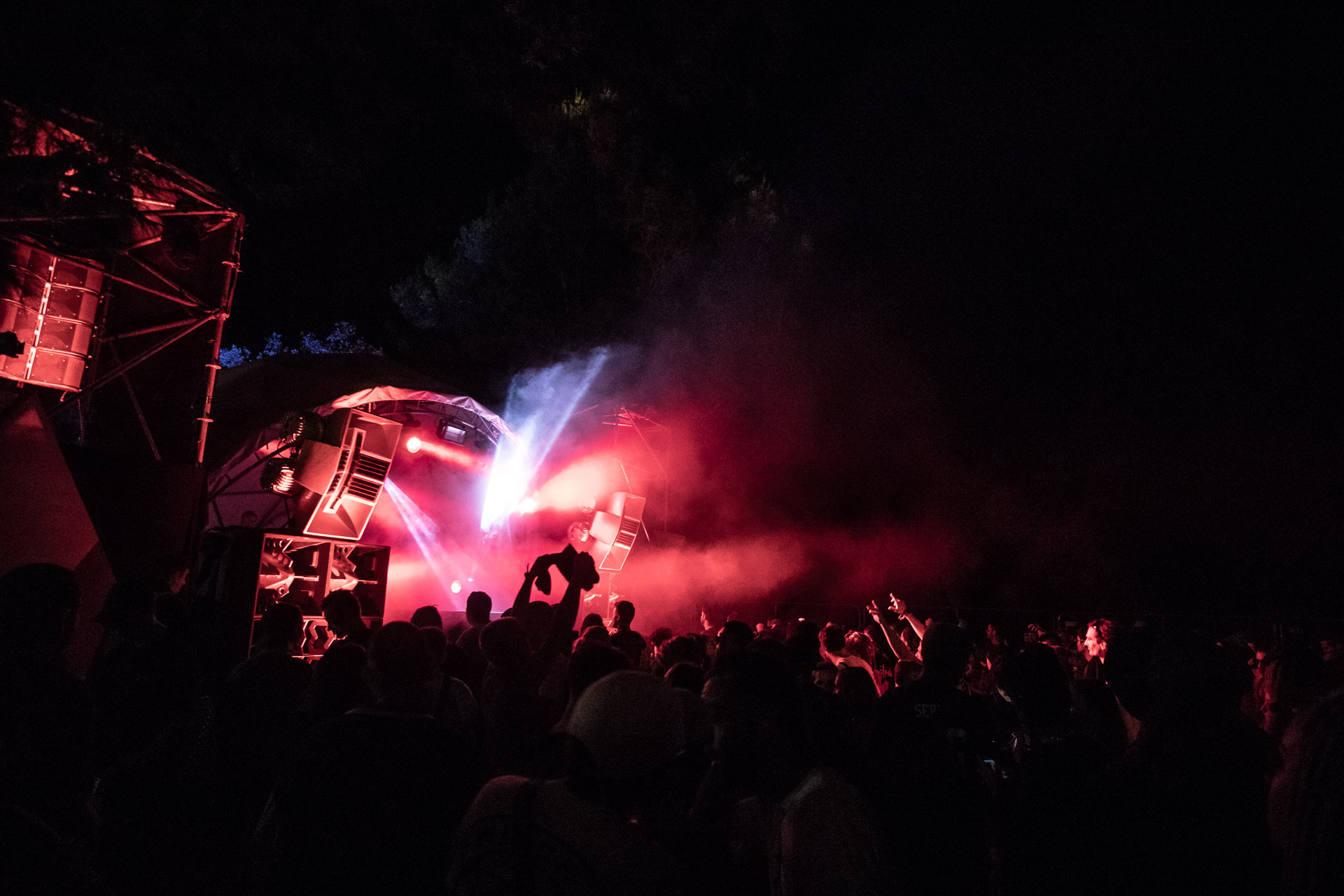 The festival, reaching its climax on Sunday, still had enough ammunition left to properly close down the festival with a bang. DMZ at The Void, with Bloodline and Joe Nice b2b N-Type ripping the masses a new one – many people stating afterwards that Joe Nice and N-Type dropped one of the best sets they’ve ever heard that night-, Ocean Wisdom at The Clearing, proving to us that the UK hip hop sound is at its peak at the moment, a celebration of garage music at The Moat with none other than pioneer El-b, Oneman and Zed Bias, Calibre at The Garden and lastly Iration Steppas followed by O.B.F. at the Subdub Arena. It was astonishing to see how much energy people still had left on the closing night. At Mondays after-party at Pacino’s Bar, there were still about two hundred people dancing till the early morning. Looking back at what was, without any doubt, the best happening of the year, Outlook remains an oasis of gritty UK bass sounds, while also paying massive respects to, and holding its roots in the dub/reggae sound system culture. It’s just nothing short of wonderful how these two things just seemingly merge together.

Whether it being a perfectly finetuned sound system, the raw and yet, magical setting, the people who seem to vibe together on another level, boat parties, or the rest this festival has got to offer, Outlook is just something else. I’ve spoken to many people, who had never experienced this before. While some other festivals seem to cling to what’s hot at the moment, to make the most profit, Outlook knows what bass music means and what the people want to hear. For me, having been to many different festivals throughout my life, Outlook is the only one that leaves me beyond fulfilled for weeks after the festival has ended, already longing for next year’s edition. It’s always good to have something to look forward to, init? 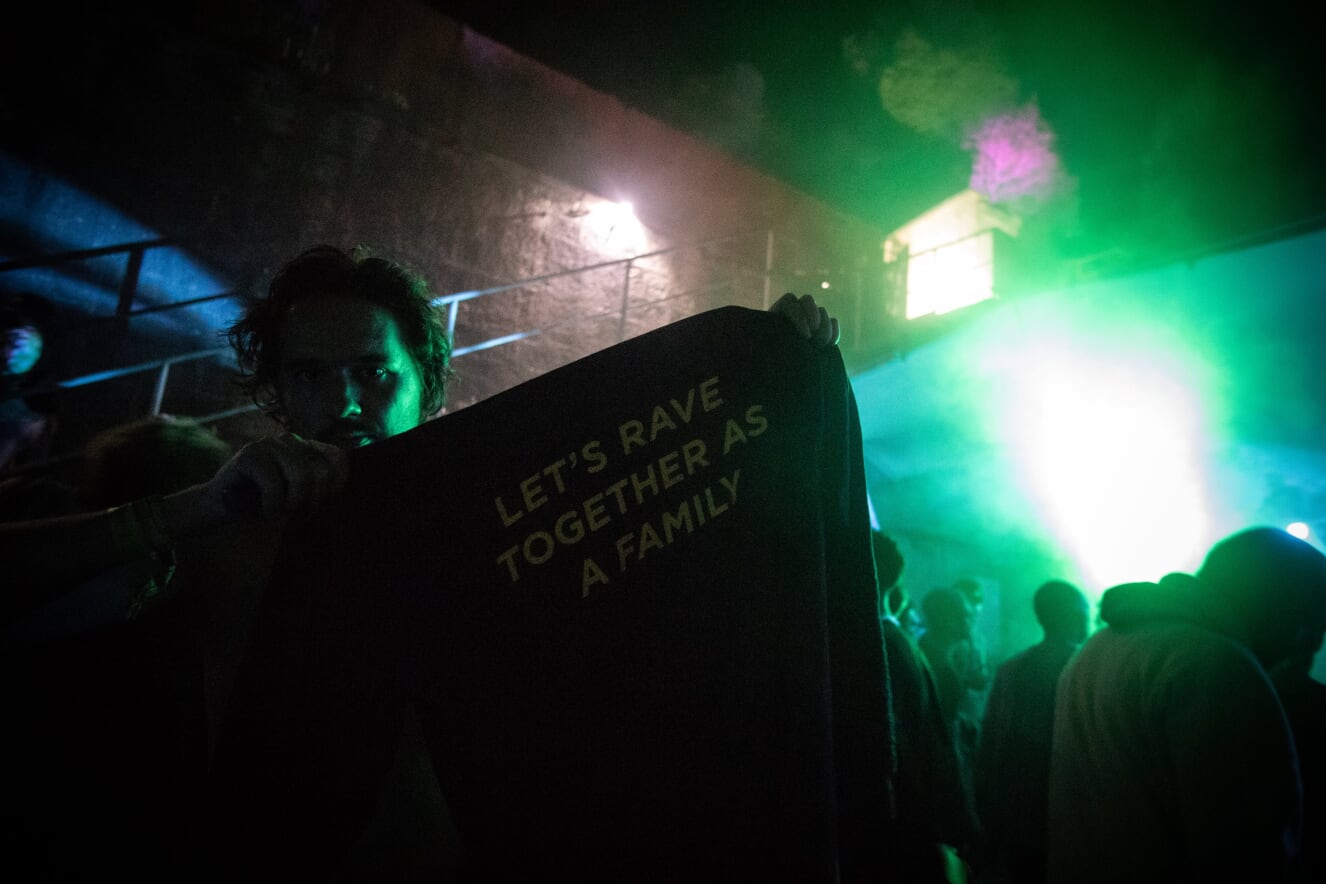 ‘Let’s Rave Together As A Family’