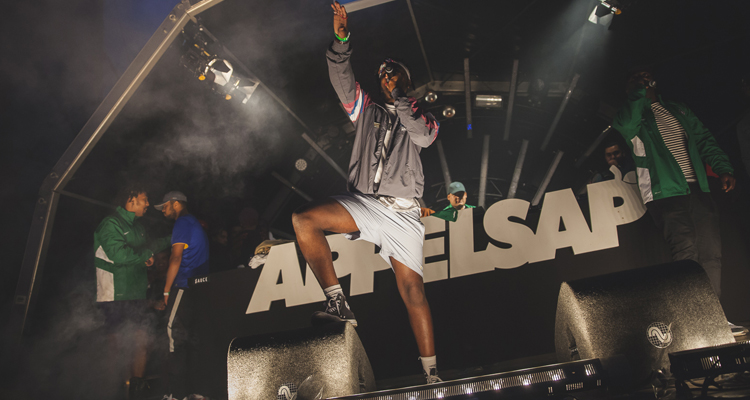 Appelsap Fresh Music Festival has been defining culture in Amsterdam for over fifteen years, growing from a free block jam for friends in 2000 to the most important date in the Dutch hiphop calendar. For this summers 2017 edition, the Appelsap team proudly welcome Dwayne Michael Carter Jr. AKA Lil Wayne to the city, along with UK talent Dave, Siobhan Bell and 67, plus a host of Dutch selectors, rappers and artists who’ll represent the local movement. On Saturday August 12th, the city’s beautiful Flevopark will be home to the Appelsap Fresh experience, a day packed with style, love and the very best soundtrack. With tickets from just €47,50 from http://appelsap.net/festival/#tickets, and cheap flights to Amsterdam from most major European airports, it’s easy to be part of the experience. With a year on year sell out, and early birds already long gone, act soon to be part of 2017’s Appelsap crew.

Round one names for Appelsap continues the theme of uniting the best in hiphop, bass, soul, R&B grime, rap, future-thinking electronica and everything between. Needing no introduction, prolific rapper LIL WAYNE headlines, playing his only Dutch festival this year at Appelsap. Other names on board are South London rapper’s rapper DAVE, the rawest crew in UK rap, 67 and NTS Radio’s first lady of hiphop SIOBHAN BELL. On top of the international names, Appelsap always reps it’s revered scene with a cast of serious talent, including local heroes JARREAU VANDAL, YUNG NNELG, VIC CREZÉE, KEMPI and more. Keep your eyes open as there’ll be much more announced in coming weeks too.

So much more than just the music, Appelsap is just as much about the experience as it is the headliners, and despite it’s continuing growth the atmosphere has managed to stay just as special as the early days. Through building a network of homies and friends, Appelsap’s heart and soul can be felt in every element. Besides fresh music, there is a wide range of international cuisine to munch on, and activities for kids (who can get in for free under 12). Appelsap Fresh Music Festival is famous for introducing the latest in international Hiphop and Bass artists to a Dutch crowd. In previous years the festival welcomed headliners like Kendrick Lamar, Travi$ Scott, Skepta, Stormzy, D.R.A.M., Lunice, Disclosure, Rich Homie Quan, Flatbush Zombies, Rashad & Spinn, Jazz Cartier, French Montana, Danny Brown, ScHoolboy Q and music platforms like Boiler Room and Soulection all to appear for the first time in the Amsterdam open air. Other names billed on earlier line ups are Hudson Mohawke, Waka Flocka Flame, Fat Joe, Clipse, Action Bronson, Pharoahe Monch, Rustie, Major Lazer, DJ EZ, Jackmaster and Kurtis Blow. Some of the best international DJ’s are the festival’s best friends: FS Green, Cinnaman, Lefto, Benji-B, Abstract, Vic Crezée and Jarreau Vandal are well known returning guests.

Recent years have seen Amsterdam put on the map as a cultural centre for music, culture and nightlife with an increasing number of quality clubs, labels and artists emerging from the the city. There’s something buzzing in Amsterdam at the moment, and with Appelsap it’s the perfect excuse to take a trip across the waters for international visitors. Flights to Amsterdam airport are available for a good price from most major European airports, with return flights from London airports available at around £55 if you book now. There’s a range of hotels, apartments and air bnbs available, plus details of packages to be announced (sign up for info when buying tickets.)

“This party is dedicated to all the teachers that told us we’d never amount to nothing.” 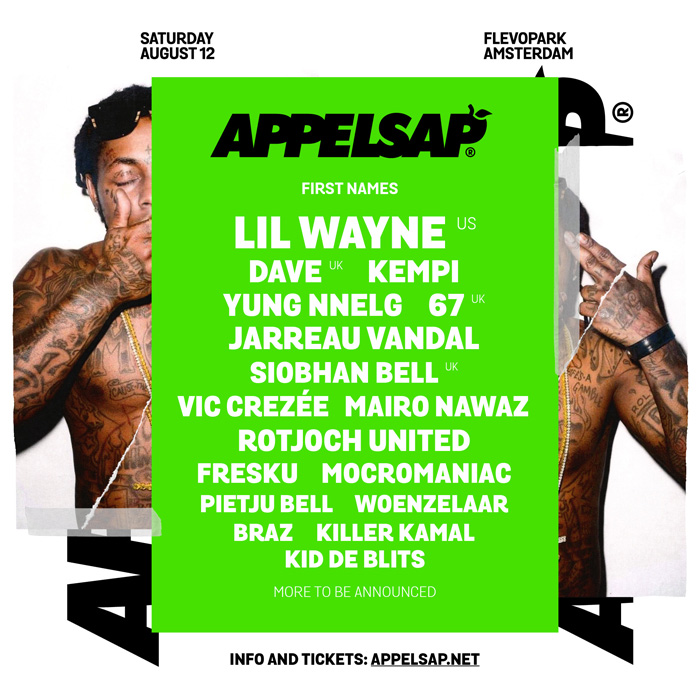