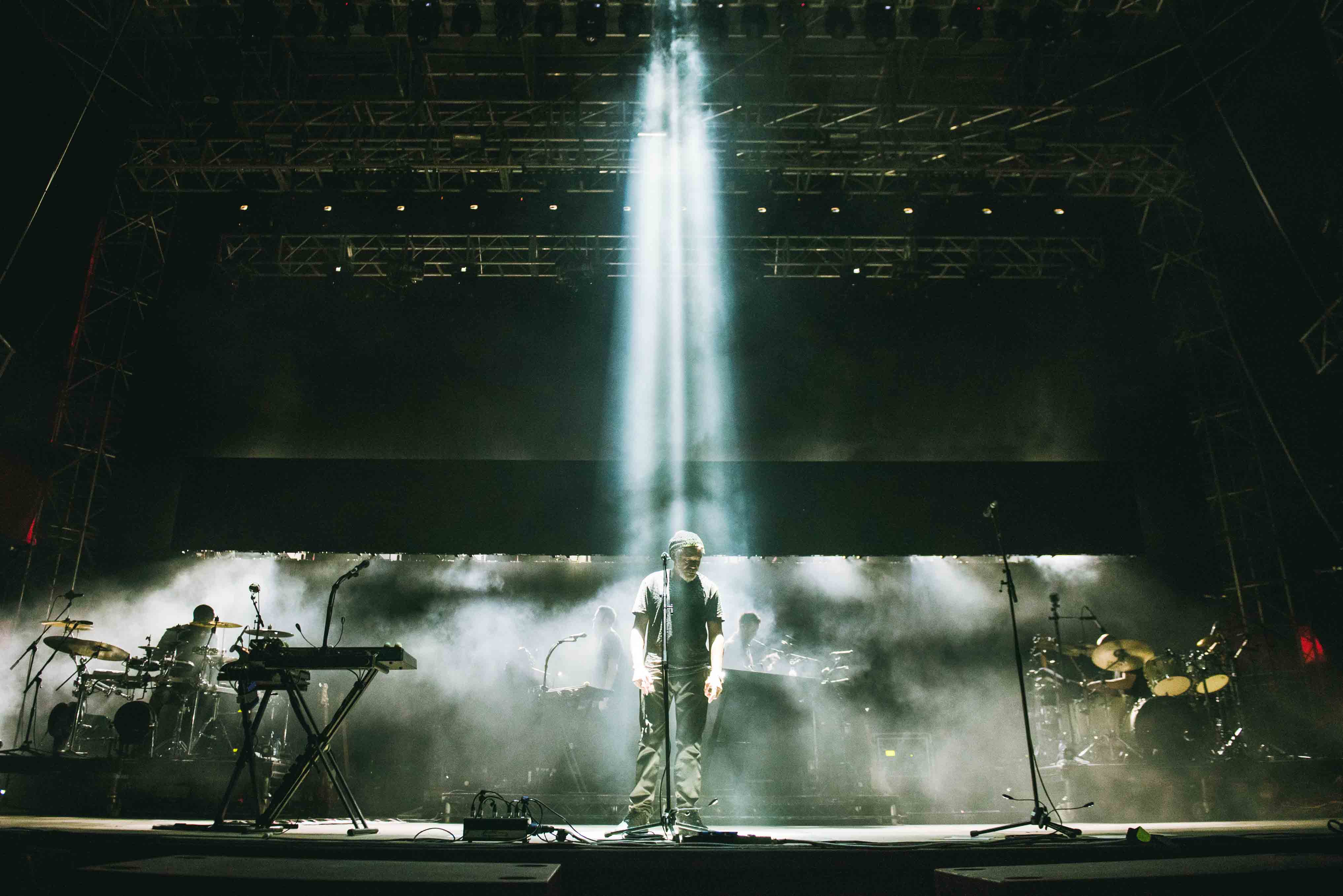 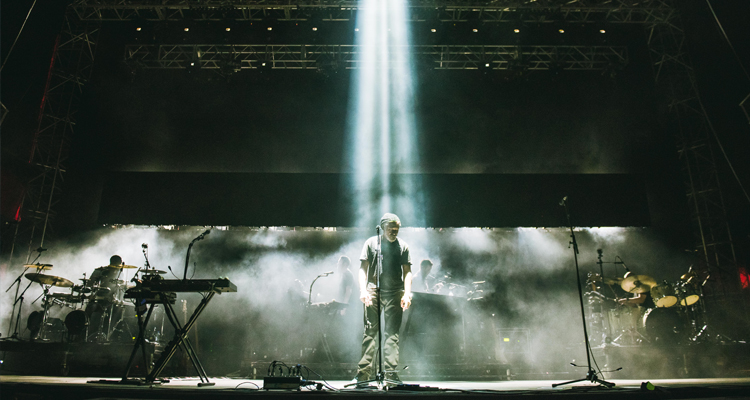 Over the past six years Dimensions Festival has solidified a well-earned place at the heart of the electronic community; each summer gathering thousands of party people to see revered breakthrough and established acts in it’s remarkable fortress home. As Dimensions Festival gear up for 2017’s outing, a colossal bill of fresh names has landed; with Dam Funk, Aux 88, Parris Mitchell, Mr Ties, Willow, Khruangbin, Maurice Fulton, Kode 9 and more joining already announced heavyweights Grace Jones,  Shuggie Otis, Ata Kak, Floating Points and Nina Kraviz. Once again, Dimensions Festival nail a forward-thinking and vibrant, yet discerning line-up that encompasses the highest order of house, techno, disco, soul, funk, dub and everything in between. From 30th August to 3rd September, find label takeovers, boat parties, incredible live shows, deep crate digging sessions and much more at this one-of-a-kind party, one for the aficionados, the lovers, the heads. With tickets to sell out faster than last year, there’s no better time to become part of the family, from just £140 via the website: dimensionsfestival.com/tickets

With the summer months moving closer, the full line-up for Dimensions Festival 2017 will cover all bases for any eclectic adventurer; from funk tinged live shows on The Beach Stage to heavy techno takeovers deep in The Moat. New names for this summer include Stones Throw’s master of groove Dam Funk, who’ll be sure to get bodies moving and feeling funky, then there’s live, bass heavy electro in the form of Detroit duo Aux 88. Metalheadz bossman Goldie holds it down for the DnB heads, in addition to playing a one off, exclusive techno set – not one to be missed. Iconic Chicago ghetto house king, Dance Mania’s Parris Mitchell is set for his Dimensions debut; expect pumping, top level energy in this anticipated set. Modern Love’s Andy Stott makes a welcome addition, along with soulful Detroit cuts from  Scott Grooves, plus DMZ head honcho Mala joins. Ambient thai-influenced melodies come via Texan group Khruangbin, whose ambient, soul-soothing output has seen them playing across the globe the past year. On-U sounds founder Adrian Sherwood and Hyperdub’s Kode9 hold it down for the darker and dubbier end of the spectrum, whilst enigmatic man of house and techno mystery Maurice Fulton makes for another Dimensions Festival debut that should not be missed.

And there’s so much more; co-founder of Jealous God Recordings Silent Servant adds a helping of deep, delving techno beats, whilst Guinness World record holder Billy Nasty is set to steer the crowd with a vibing electro set set to shake the walls of Fort Punta Christo. Holding it down for Berlin is HOMOPATIK resident and queer-scene rep, Mr Ties who’ll bring a bagful of joyful, genre spanning selections. Lady of the moment, Manchester born Workshop affiliate Willow plays, alongside the delicate electronica ofTelefon Tel Aviv, and left-leaning, dubstep sounds of Tectonic’s Pinch. 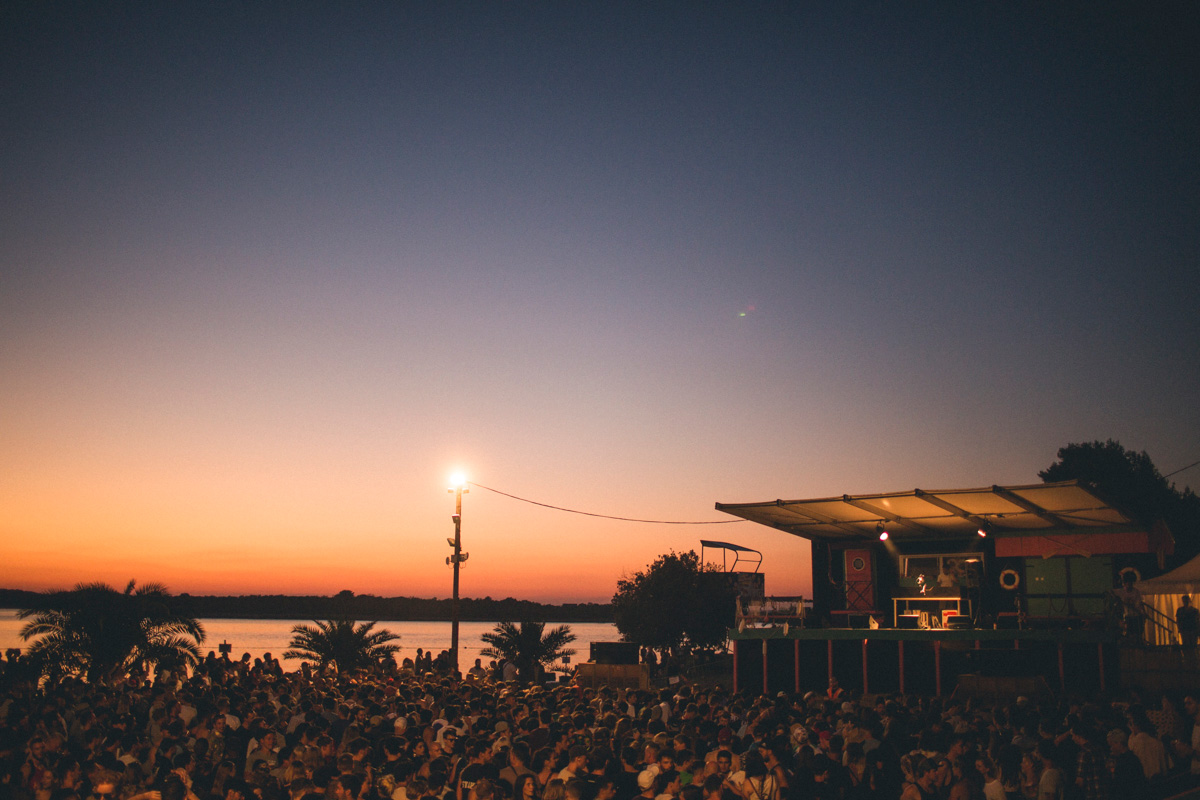 Plus, there’s many more explorations to undertake across the Dimensions days, with a solid cast of names already announced, including Jeff Mills, Theo Parrish, Marcel Dettmann, Floating Points, Cymande, Nina Kraviz, Helena Hauff, Nicky Siano and over ninety more global heavy-hitters and fresh-faced acts. Opening the festival with a debut Croatian performance is Queen of the rhythm Grace Jones, alongside Berlin super-group Moderat, and award winning drummer, composer and producer Moses Boyd, presenting his Solo X show. All this will take place in the historical Pula Amphitheater; a 2000 year old amphitheatre in the heart of the city; a truly unforgettable experience.

Keeping a family feel, Dimensions Festival prides itself on its intimate capacity, welcoming atmosphere and world class custom built sound systems, which ensures a quality approach and experience year on year. The site itself is easily accessible from nearby Pula, which hosts plenty of hotels and apartments, on top of the onsite accommodation  – more info here: www.dimensionsfestival.com/accommodation/. Main flight destinations from the UK are Pula, Zagreb, Trieste, Ljubljana, Venice Treviso and Venice Marco-Polo airports, with transfers to the site, which can be booked here: http://www.dimensionsfestival.com/travel/.

Since its inception, Dimensions is a force to be reckoned with and a leading light in the Croatian festival calendar. Early bird tier 1 tickets are long sold out, but tier 2 are still available at just £140 + BF. A combination of hazy days spent relaxing on the beach and dancing through the night to world class acts – it’s a holiday and a festival rolled into one. And there’s much more to come.
Keep your eyes peeled for updates and announcements – see you at the Fort! 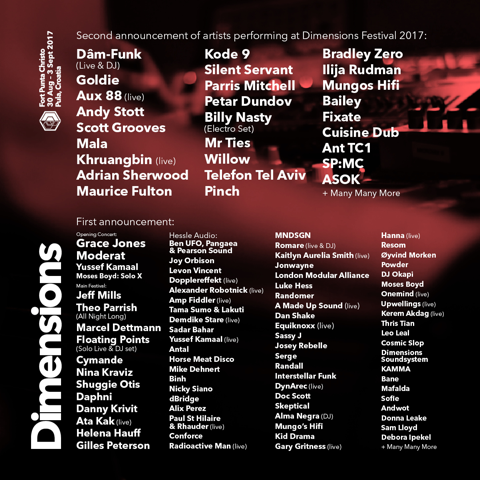