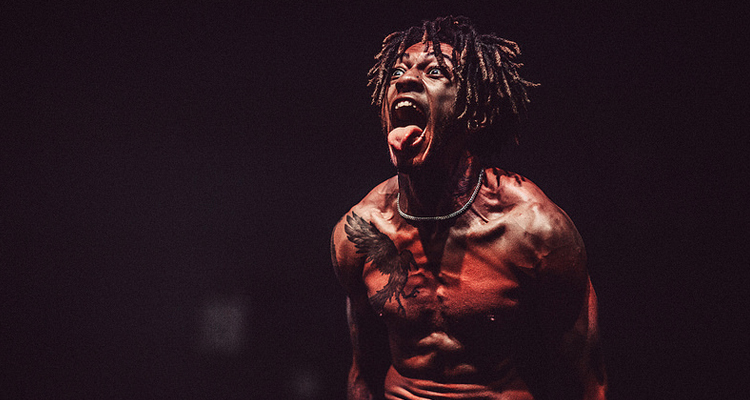 On the 11th of July the time had finally come, the 30th edition of Dour was about to kick off. Heading there I spoke to a lot of people who went to earlier events and what their expectations would be for this edition. A lot of them didn’t really know what to expect, except this would be fucking mental since the WC (Belgium and France both had a chance to win) and the 30th edition were at the same time. 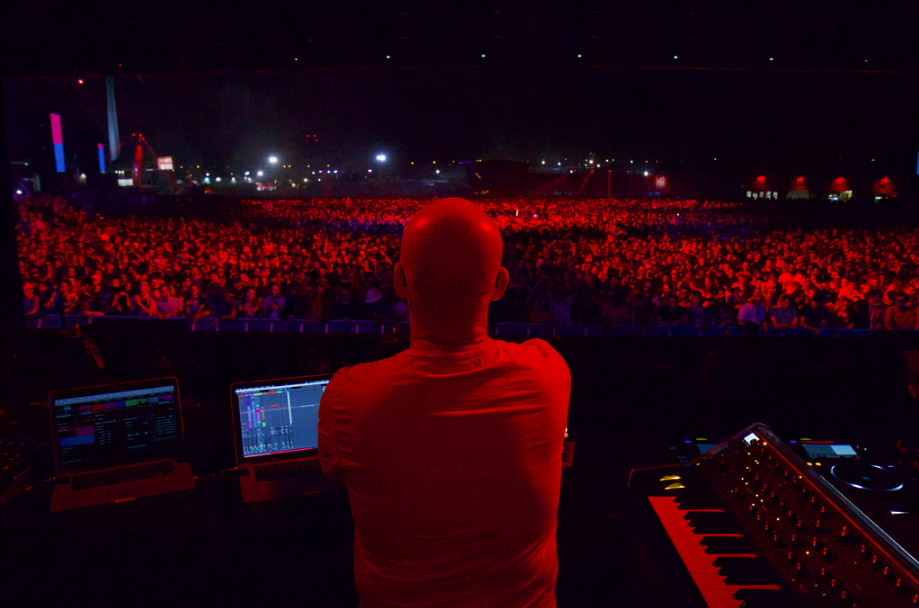 On our first arrival after taking the bus we saw that this time, the location of the festival was on the other side of the road. Also, we noticed how it was possible to already spot a few campers and check out the festival terrain a bit; the Red Bull stage was clearly visible. FUCK I couldn’t wait to get there.

Entering the camp side, the first thing i noticed was how big and organized it was. Walking towards our camp spot it just cheered me up how easy it was to get from one place to another. We had a surprisingly huge amount of space.

Alright enough of that. I was just very surprised in a good way.

Thanks to the dour app we knew when and where we had to be, so Wednesday kicked off with Selah sure, then Jon Hopkins, and Modeselektor to finish it off. Man… Modeselektors set, especially the finish was really one of a kind. The visuals and everything really made me and everyone around me go crazy. It was insane. 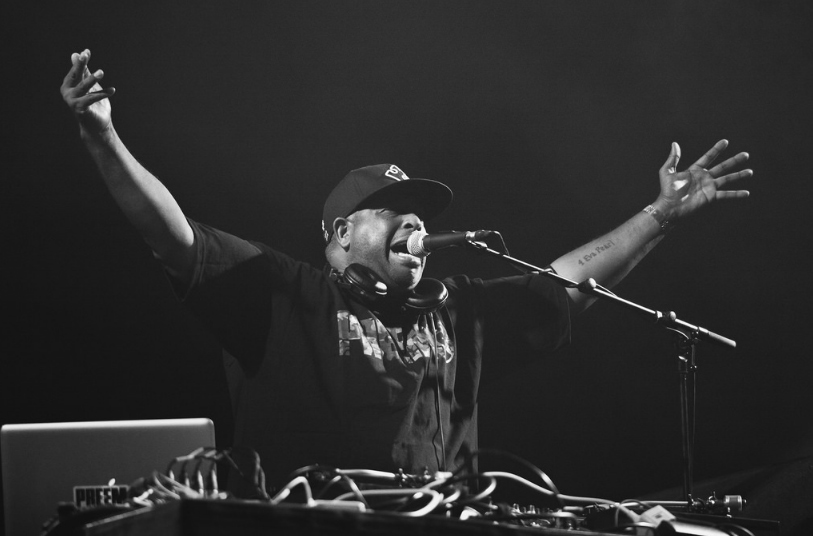 Modeselektors set was still going strong in my mind, since I didn’t really get any of sleep the first night. The first 24 hours was really all about getting into the atmosphere, and still everything was really sick.

The lineup for Thursday also kept me up, since I really didn’t know what I preferred to see. We kicked off at Joe Ford (mc ic3), then Macky Gee.  Man I thought even ic3 didn’t know what the fuck was going on… all I heard him say was SWITCH! And then the massive drop made everyone go mental. This set was SO powerful, and it was only 20:30 around that time.

After Macky Gee Joey Badass performed on the main, which was a lifesaver for me because the redbull wasn’t taking it easy, but man the show Joey Badass put down was also really good. After restoring some of my energy it was time to go to Mefjus. This set was also so fucking powerful… after Mefjus we decided to take it easy on the dnb and check out some techno. First, we went to IHATEMODELS. In the Netherlands I’ve been to a lot of techno raves but to start off a set like this (since it was the first techno set i heard on Dour so far) was just too crazy. Especially since after i heard Mefjus and Macky Gee i didn’t expected anything to be so powerful. We finished off walking from Noisia’s set to Ame II Ame, since we couldn’t decide and wanted to see them both, but it worked out fine because it was called a night after that.

Friday kicked off really chill, we woke up and it was a bit cloudy which made it possible to stay in bed a little longer. At about 11 we took the bus to the supermarket to get some beers and stuff. From leaving at the tent and returning with supplies it took about 1.30 hours, so it was done pretty quick.

We started at Ski Mask, to get some energy up, then we went to Daniel Avery and Recondite, both had some good spacy techno. After we went there, it was time to check out Fatima Yamaha and man!!! This dude was so chill. The low bass mixed with the high tones really made me smile and i was packed with positive vibes…. But not for so long… because after that Delta Heavy and Killbox really slaughtered all people at La Caverne. At 04:00 we walked back to the tent and it went so smooth, all of the greats artists i had seen so far, the distance from the terrain to the tent and everything around it, it just made me very exited fort he last 2 days.

Saturday at sunrise I really had to go to bed. Once i got in the tent a good 2 hours later it was so hot that it wasn’t possible to stay any longer. It was 32+ degrees all day and so it was time to go and chill in the shadows. We sat under a tree and really did nothing all day until it was time to get back on the festival terrain.  First, I went to HO99O9, then Mick Jenkins which was good, then Alt-J, then Denzel Curry and then Paula temple b2b Rebekah. As far as techno is able to push: this set really pushed me off. God damn.

Last year, Friday and Saturday were both really packed. Alot of people who just visit for one day usually show up on one of those days, but now it really didn’t matter too much. It was all very well organised and it was super easy to get around.

On sundaymorning everyone was pretty dead. After 4 insane days of partying we convinced ourselves the birds at Dour made jumpup and the green camping couldn’t be as green as we had been those days. Just to check some last things out i went to take a shower and i just couldn’t believe… it was a hot shower. Still don’t know whether it was because of the heat but it just felt so good and i was exited for the last evening, before packing up and going home again.

During the day we basically just stared the day away, drinking some beers and eating all the leftovers. When the evening arrived we grabbed the lasts bits of our soul, put them under our arms and walked onto the festival terrain.

Last check on the Dour app from what we could expect and… holy shit. Farrago, Dax J, Amelie Lens, Rodhad, Tylor the Creator, Harry Potar and Boris Brechja.

Also, there was a massive screen at the mainstage where France was winning the world cup, so just imagine all those people getting hyped up there. During the set of Dax-J, which started at 19:30, I basically just listened to the set from a nice distance. Up until Tylor, who put up a really sick performance. After Tylor i felt like I’ve had enough so me and some friends went back to camp side to finish off our packaging, chilled down for a while and finally packed up.

Looking back on this 30th edition of Dour festival, also in comparison to last year, I think Dour really had lots of great improvements. The camp side, the overall festival terrain and the amount of people really made it a lot more durable and enjoyable. The horror stories of Dour were nowhere to be seen. Except for the people who lost their souls, of course.

I want to thank everybody for this amazing week, I can’t wait for next year!