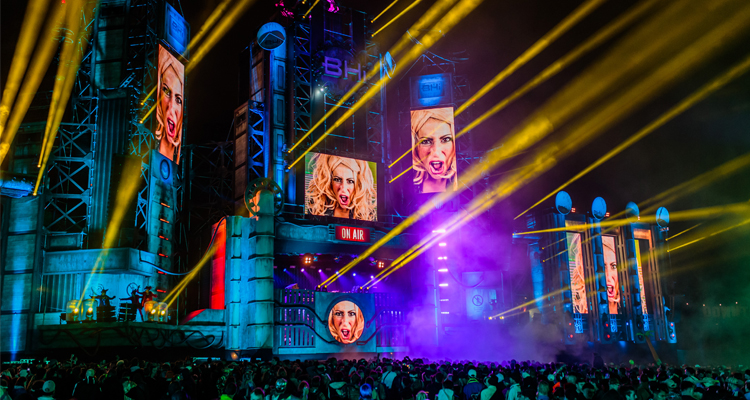 GORILLAZ TO PERFORM EXCLUSIVE AT BOOMTOWN 2018

Boomtown Fair has released the first act to headline the tenth Chapter of the musically diverse and theatrically led festival and are welcoming the most ‘successful virtual band in the world’ the Gorillaz, in a one-off, UK exclusive 2018 performance, at the 60,000 capacity festival taking place over 9th – 12th August 2018 at the Matterley Estate in Hampshire.

The collaboration of both Boomtown and Gorillaz is an exciting mix, with both outfits shining a light on a host of underground artists from an eclectic range of musical genres throughout the past decade. They both having a strong emphasis on politically tinged narrative and characterisation, with a supreme dedication to ensuring the highest production levels are brought to every show.

Fresh from completing a hugely successful world tour for their recent album Humanz, the Gorillaz are ready to enthrall those in attendance at Boomtown in August with their superior musicianship and visual mastery at a live show not to be missed, in the awe inspiring surroundings of Boomtown’s remastered Lion’s Den amphitheatre.

‘Having the Gorillaz perform on our newly rebuilt Lion’s Den arena is beyond anything we could have imagined when we first started 10 years ago! It’s unbelievably exciting to start collaborating for this one off show next summer and to delve into all the ways in which we can make the very most of the similarities between our musical styles and story based performance!’

Heading into its tenth chapter, Boomtown provides an unparalleled platform for underground music; mixing art, theatre and performance in a living, breathing, fictitious city, brought to life by hundreds of performers throughout the nine themed districts and immersive street sets.  Over the years the festival has consistently challenged festival norms, proving popular with festival goers from all over the globe. So far ahead of the 2018 event, the festival has seen a record breaking 50% of tickets already sold.

Although all Tier one and Tier two tickets sold out within minutes of release in early November, a variety of ticket options are still available including; Tier three, coach traveller packages and split payment tickets. Head over to the website for all available ticket options. Those aged 12 and below can go for free.