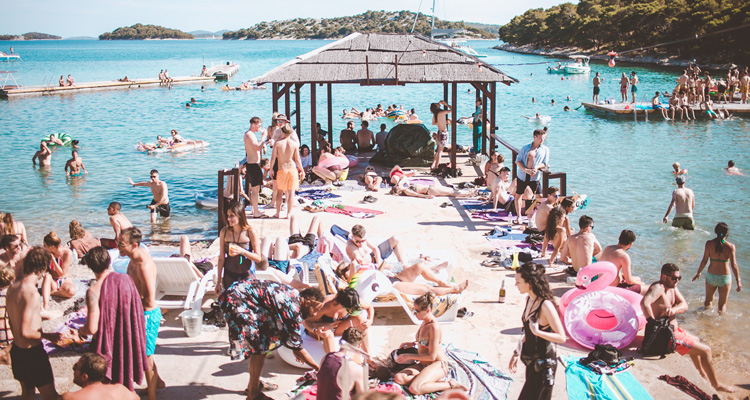 Highlights of Love International 2017: The Beats, The Boats and Barbarella’s

06 Jul Highlights of Love International 2017: The Beats, The Boats and Barbarella’s

Posted at 14:30h in Events, Music by Family 0 Comments

The backdrop to electronic music festival Love International could not be more picturesque. The Garden site, close to the seaside town of Tisno in Croatia, is nestled into a shimmering harbour surrounded by clear water, low-hanging olive trees and lush islands.

Love International has replaced The Garden Festival since 2016 and, despite having a lot to live up to, does not disappoint. Dave Harvey and Tom Paine founded the festival last year having previously been bookers for The Garden Festival on the same site.

Despite Harvey jokingly describing the success of Love International as a ‘poisoned chalice’, the two promoters have cultivated a loyal following as a result of their work with The Garden, and many revelers have returned to enjoy the latest hybrid of the festival. Love International has seen a similar level of success to its predecessor. The jaw-dropping setting and killer line-up are complemented by off-the-chain boat parties and late-night sets at nearby club Barbarella’s. Add to this breweries and bars under white marquees, a selection of delicious on-site street food and a massage parlour; the festival does not leave guests wanting for much. Recuperating here after a long night is just as pleasurable as the night out itself.

Ohana Mag were on-site to share our highlights of the electronic-music utopia that is Love International. We scoped out the sets that truly popped-off, the outrageous boat parties and what went down after-hours at Barbarella’s.

After landing in Split on Thursday afternoon we headed straight to the site to get ready for the hugely anticipated set from Adriatic veterans Studio Barnhus. The Swedish DJ trio took over the Olive Grove stage for 6 hours of chilled grooves and upbeat house that kept the crowd dancing throughout.

Everybody I spoke to who came to Love International 2016 was waiting in anticipation for Axel Boman’s set; clearly he made a good impression last year. He did not disappoint, with his set deftly covering the full spectrum of house music. With his distinct nod to the ‘90s electronic music scene, the producer’s uninhibited set masterfully scaled the full parameters of his mixing talent.

Witnessing the Barnhus boys’ rapturous belters in such a setting is a real treat. The Love International team has truly raised the festival bar with a delightfully spruced-up Olive Grove stage. Covered in streaming ribbons, dozens of disco balls and chill-out teepees dotted around the stage, it’s got to be one of the best spots to enjoy a set from DJ’s truly at the top of their game. It was the perfect way to kick off the festival celebrations.

RA Boat Party with The Black Madonna and Beautiful Swimmers 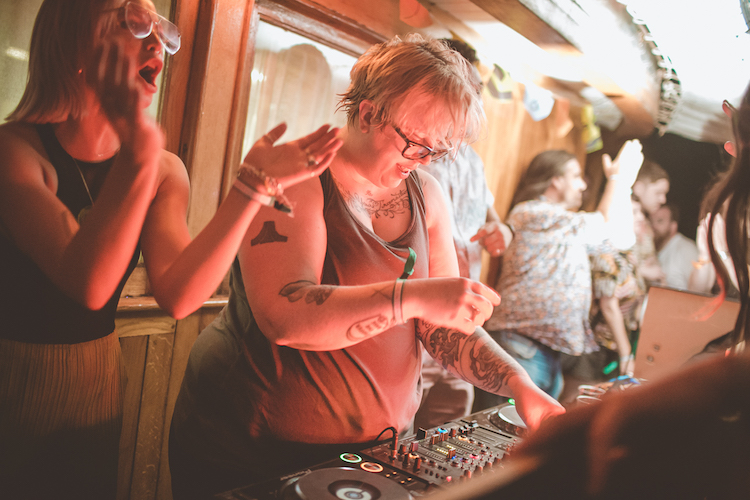 Imagine setting sail on the Adriatic Sea. It’s 30-degree heat on what looks a lot like a pirate ship. The sun is shining, you’re gliding on clear water through lush islands and there are 200 other like-minded party-goers with you. Oh, and the sickest acts in electronic music are behind a set of decks about to share their latest tracks in a totally intimate and unique show.

‘Good atmosphere’ doesn’t quite cut it – the only way to describe the vibe on the Resident Advisor Argonaughty boat party is off-the-scale electric.

Beautiful Swimmers demonstrated the sheer power of collaboration with a signature off-the-wall high-energy set that brought fun to the forefront. The two DC-based DJ’s are clearly enjoying themselves, dancing and fist-pumping with the crowd as they blast out their pounding dexterous house mixes. The entire crew of party-goers were feeding delightedly off the duo’s energy, dancing away to their expert mix of dancefloor fillers.

The Black Madonna absolutely slayed it with her classic twist of curatorial house and disco bangers. I’ve never seen anything pop off like it did on the RA boat party. Festival-goers were literally swinging from the rafters, all you could see was glitter, fists and an entire boat full of ravers dancing so hard it was a wonder the thing didn’t capsize. By the end of the four-hour party all of the DJ’s were fist-pumping behind the decks, Beautiful Swimmers had their tops off and then, when you thought it couldn’t get any more hyped, The Black Madonna dropped “Baby I’m Scared of You.” It went off. As the boat pulled into the harbor and we filed back onto site, we all knew we’d witnessed something genuinely special.

The Beach Stage is yet another extraordinary setting to showcase the very best talent of 2017, including Saturday night’s headliner Prosumer. For those who haven’t been to The Garden site, The Beach is a square, raised stage perched on the edge of the site, over-looking the crystal blue water of the Adriatic Sea and lit up by neon lights after-dark.

Hailing from Germany, Achim Brandenburg, AKA Prosumer had the crowd in the palm of his hand with a house-infused set that built into a crescendo of pumping break beats and joyful tunes. The music veteran’s scope and knowledge of music is second-to-none and that purity translates directly into his sets. By the end of his closing 2-hour performance he had the crowd deliriously pumping along to his heady house mixes. With most of the DJ’s playing more than once over the course of the festival, there’s no rushing around from stage to stage, but this was Prosumer’s only set at Love International and proved to be unmissable.

Midland’s energetic dance set was a stunning closer to Sunday night’s on-site celebrations. The UK-based DJ and producer delivered a kaleidoscopic set on the main stage to a crowd of delighted music-revelers. Midland’s soared with his typical raucous style, seamlessly fusing his native UK stripped-back garage tracks with classic disco bangers. The highlight for us was when Midland dropped Depeche Mode’s “I Just Can’t Get Enough” to a crowd of delighted revelers.

One stand-out feature of Love International is that everyone, from DJ’s to organizers to bar staff to guests, is having a very, very good time. Midland’s high-octane set showcased a DJ truly at the top of his game, masterfully managing the energy of the crowd and channeling it into a monumental performance.

Perhaps the only fault with Barbarella’s is that it’s a surprisingly far away from the festival site and the taxi drivers tend to hike the prices up to quite a shocking level. One driver quoted us 250 Kuna for one journey there – that’s close to 35 euros for a 15-minute taxi journey. I suspect that the locals take advantage of what feels like Monopoly money to most of the Pound/Euro crowd, but the costs can really add up.

There’s also the option to get a bus to Barbarella’s which costs around 5 Euros for a return, however the bus leaves around every hour and can kill your post-party vibe before you even get there.

However, once you’ve reached your destination, Barbarella’s has to be one of Europe’s best nightclubs. The drinks are affordable, the setting is glorious and the dance floor is huge, meaning you can dance the night away in comfort without bumping into your neighbour. This year debuted a 4-metre disco ball, the largest disco ball I’ve ever seen and yet another reason why the club is an experience in itself.

The anticipation for Craig Richards and Ben UFO’s legendary B2B set was tangible as we arrived at Barbarella’s. If there’s one thing to take home from Love International 2017 it’s that the booker’s B2B set programming is utterly inspired. 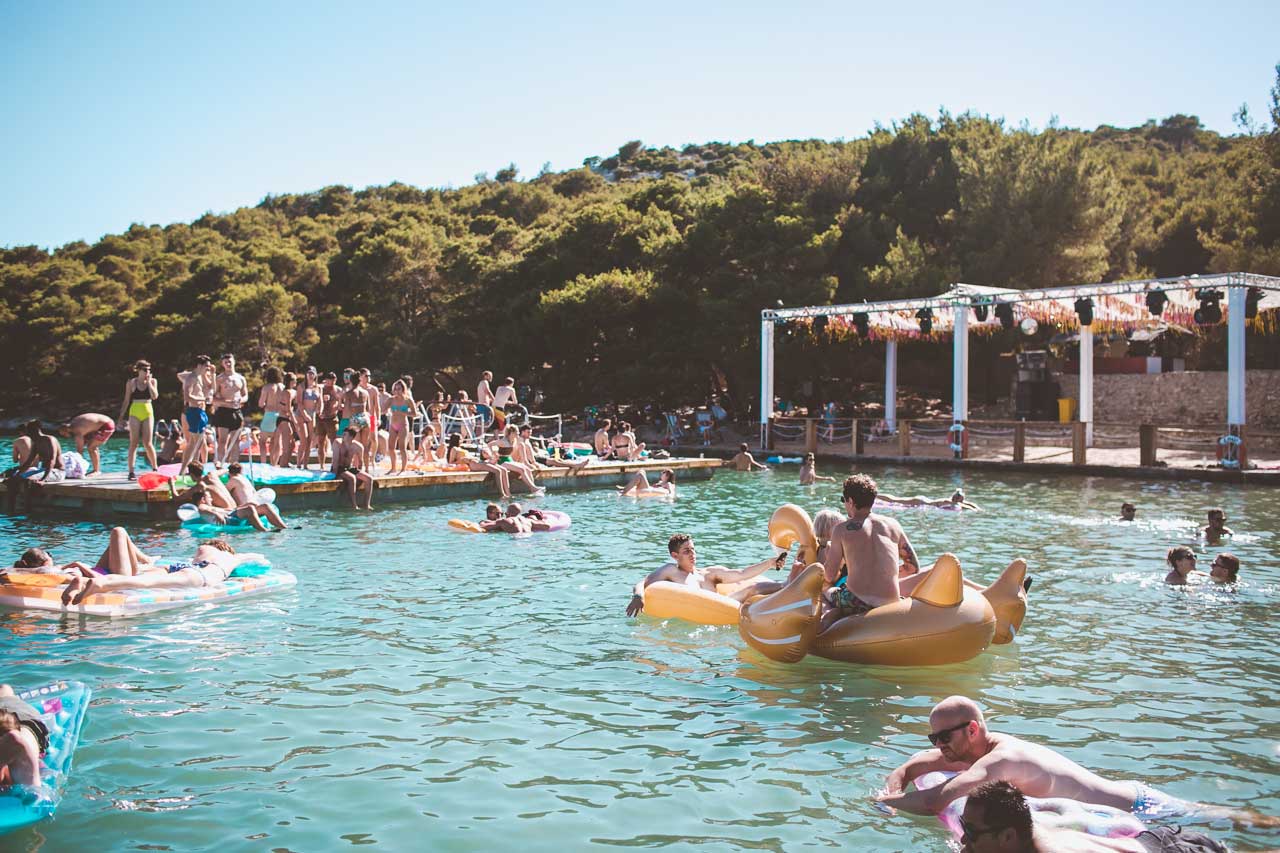 The pair did an incredible job of harnessing the energy of the crowd – their performance was off-the- chain. The pair combined their unparalleled mixing skills to create a soaring house set with an illustrious hybrid of disco and techno. Enjoying a set like this under the stars at Barbarella’s is truly extraordinary.

The organisers of Love International 2017 have created the perfect hybrid of holiday, festival and party. The atmosphere is unparalleled, with a strong crowd from the founder’s Native-Bristol but a feeling of total inclusiveness for everybody. The festival accommodates around 3000, and although most people will know someone playing on the site, there is no feeling of exclusivity; everybody’s there to enjoy themselves and have a good time.

These are our highlights for the festival but don’t take our word for it; there’s so much to see and do that each person will have their own unique experience. All there is to be done is book your early bird tickets to next year’s festival. See you at Love International 2018.

Words by Alice Austin, read more at No Filter Zine