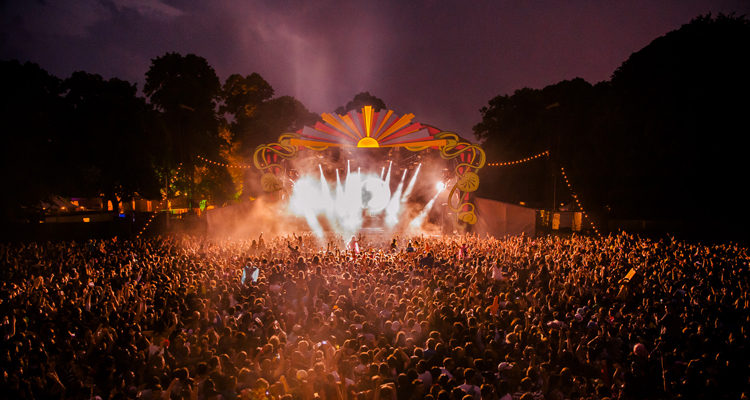 The party never stops, as Love Saves The Night once again locks in huge names for its Motion afterparties on Saturday 25th and Sunday 26th May 2019.

Love Save The Day‘s afterparties have become the stuff of legend, with plenty of festival goers continuing to dance long after the sun goes down, and 2019 promises more of the same as the festival and some of Bristol’s most exciting promoters take over all three rooms at Motion once the festival fun has finished. Saturday’s Main Stage special guest Shy FX hops across Bristol to deliver a ferocious set of genre-spanning bass music alongside the mighty D Double E, regularly cited as grime’s “greatest of all time”, while Danny Byrd treats dancers to a strictly jungle only masterclass in The Marble Factory. Local collective Booty Bass hold down The Tunnel with their unique channeling of world music mixed with bass.

Sunday night promises legends by the bucketload, as David Rodigan, Congo Natty, General Levy and more take the reins to keep festival goers moving into the early hours. They’re joined by the pioneering Brockie & Det, Chimpo (Jungle Set) and TS2W B2B Jaydrop at Motion, while The Marble Factory belongs to drum and bass dons Friction, Notion and K Motionz. All-female collective Boys Club have been making waves throughout Bristol and beyond and their takeover of The Tunnel with Jessie Belters, Alya L and Kiki D is unmissable, bringing the curtain down on Love Saves The Day in euphoric fashion for another year. 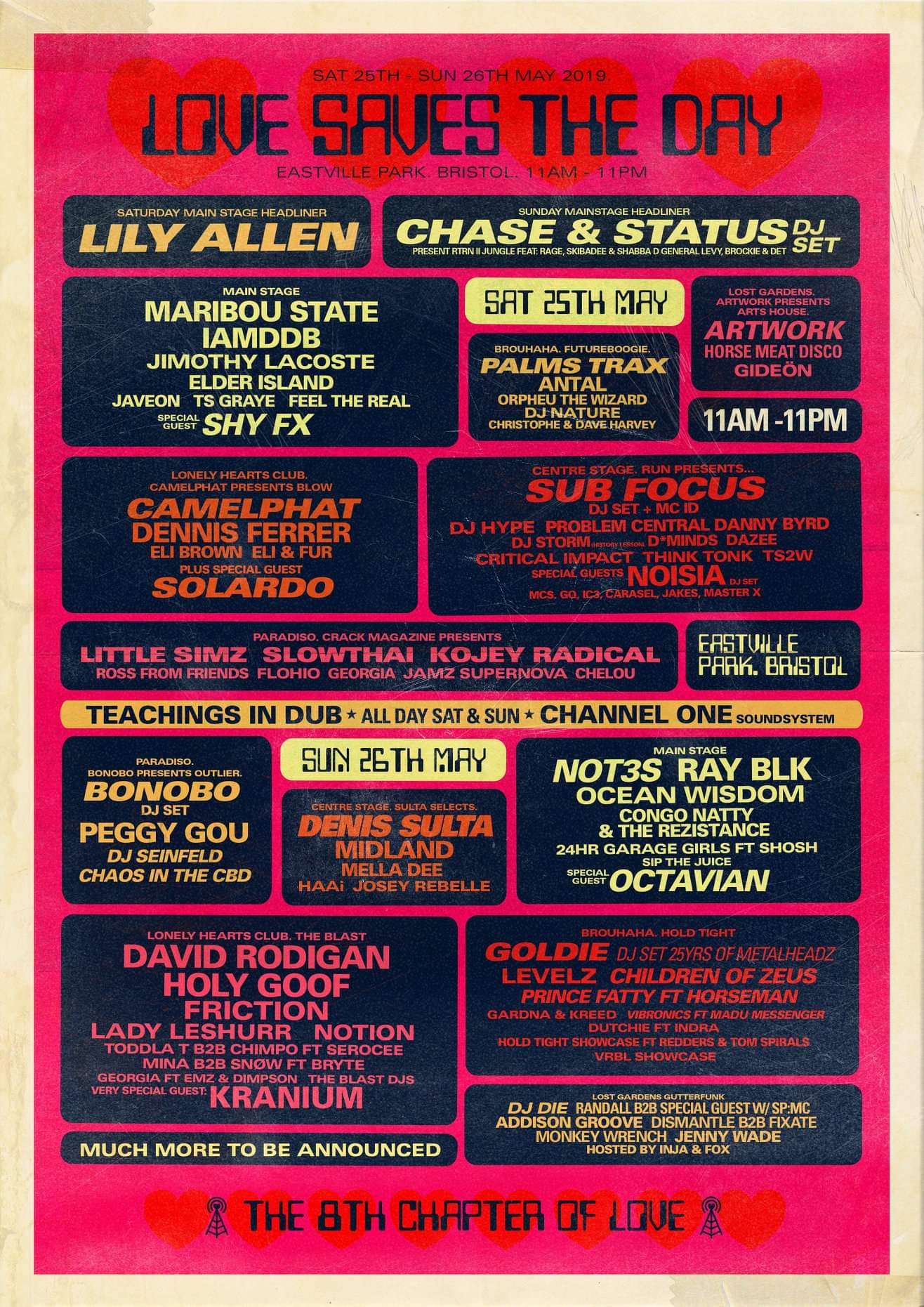