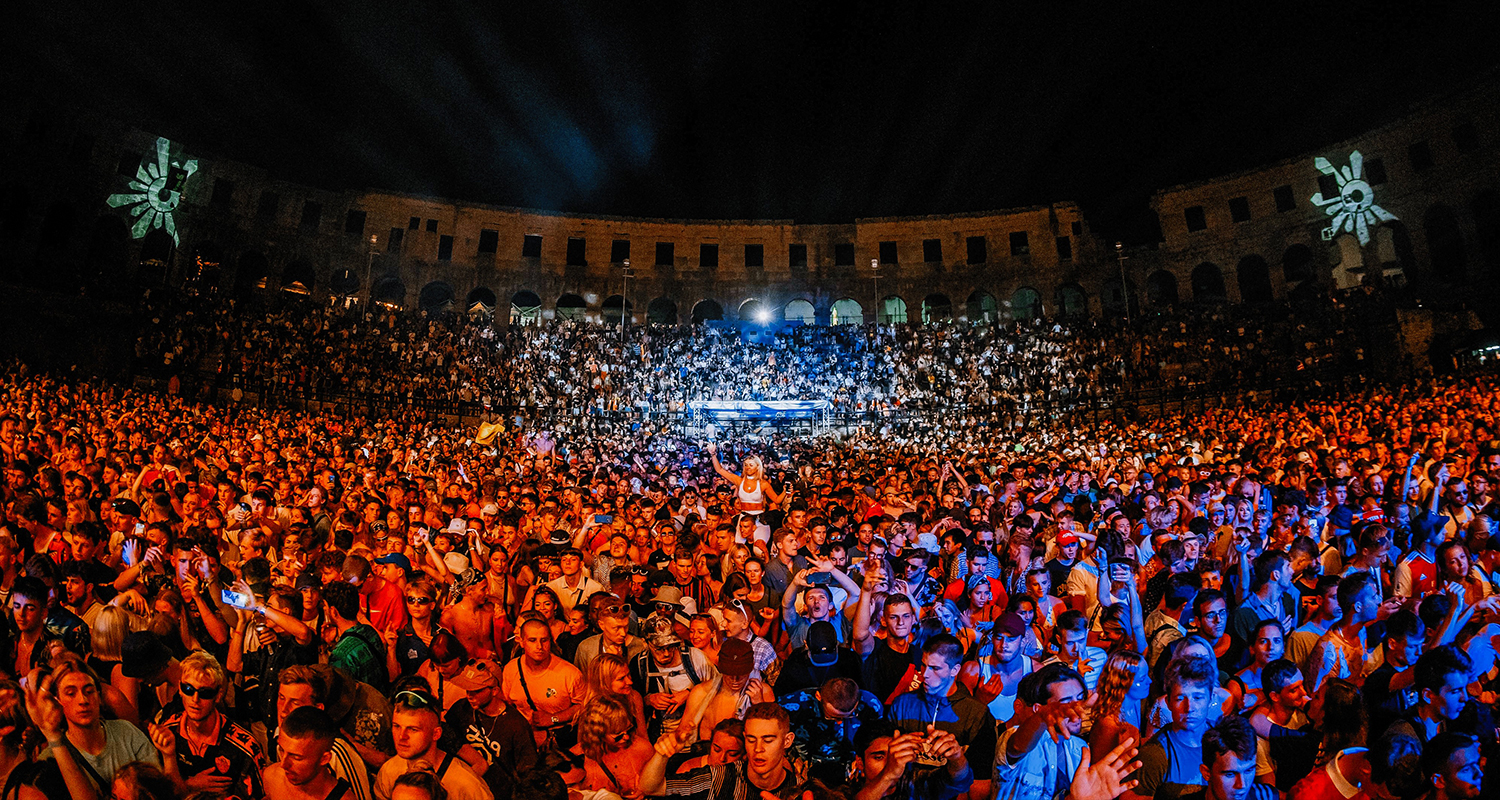 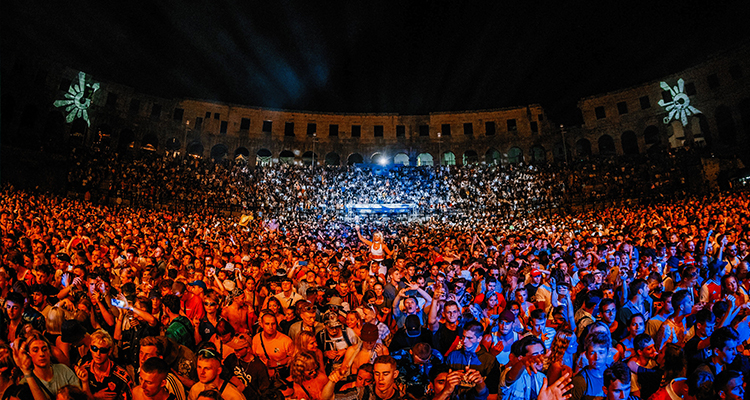 This year was officially the last year of Outlook Festival at Fort Punta Cristo in Pula, Croatia. Poignantly, this was a goodbye to the most special festival locations to ever host underground music in the world. For many, this was their last chance of having the experience at such a unique venue.

The opening ceremony was hosted for the last time at the most complete Roman Arena in the world. Mala got things going while the sun set with his very special performance with the Outlook Orchestra, doing live renditions of classic DMZ tunes, as well as long time favorites like Burial’s Archangel and Skream’s Midnight Request Line. Archangel and Mala’s Jah Power Dub might have been my favorites from that setlist.

Gentleman’s Dub Club followed Mala playing a warm set of their Ska infused Dub songs. They certainly got the crowd active, even pulling up some of their live tracks. The band finished their set with some jungle to remind the crowd of what was to come later that evening. 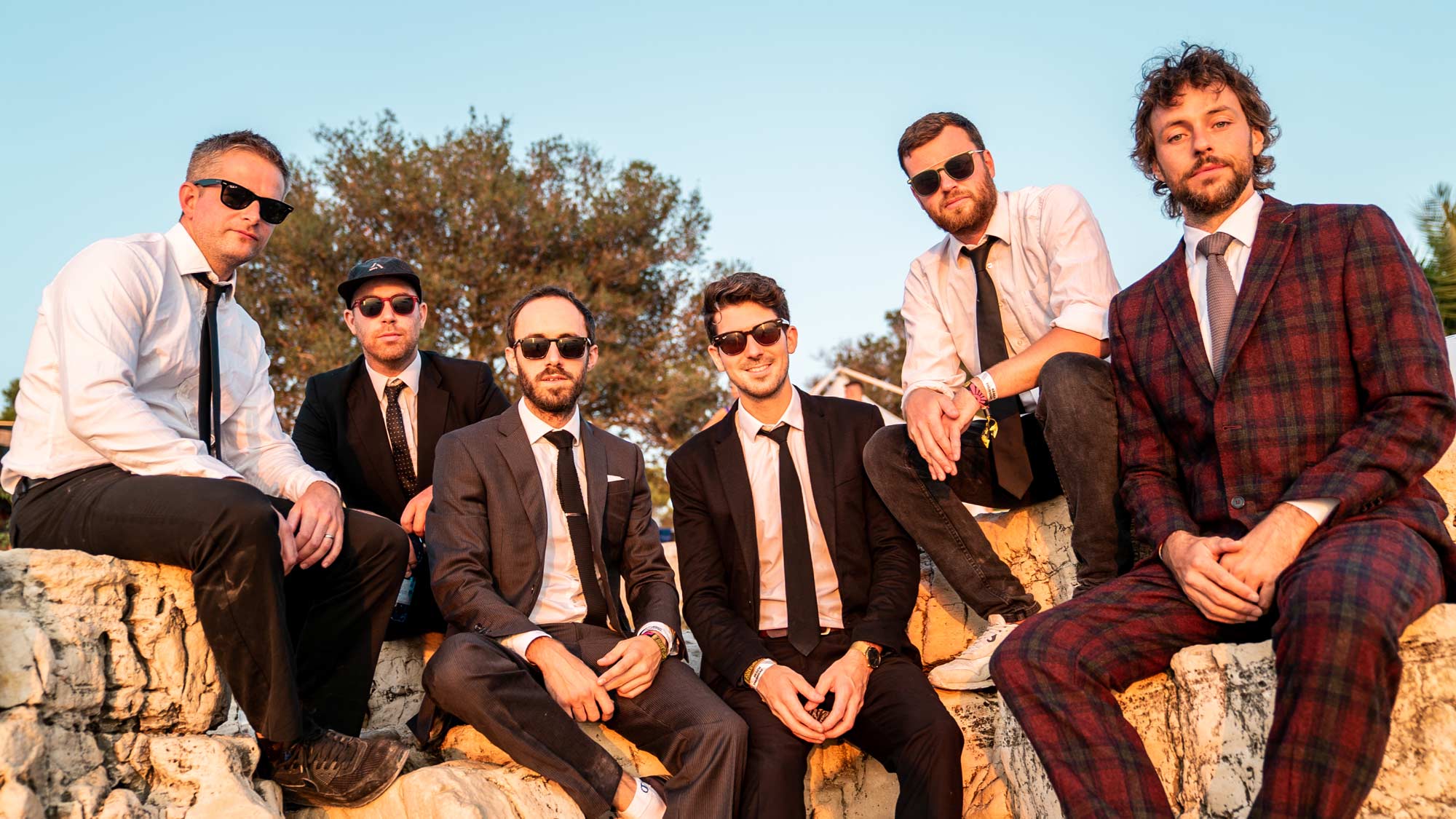 Next up was Loyle Carner, who received a warm welcome from the crowd many knew the words to most of his songs. His set was cool – kind of a throwback to 90s hip hop style done British.

Shy Fx had a banger of a set playing a mix of old songs and new. At one point he did a tribute to the late Keith Flint of The Prodigy by double dropping Fire Starter with TC’s Tap Ho (A.M.C. Remix). As Shy Fx went through his catalog, some old and new collaborators came out to guest appearances like Lily Allen, Stamina MC, and Dynamite MC. Best of all, UK Apache came out to close the set with Original Nuttah celebrating 25 years since its original release.

Andy C obviously wrecked the house. it was cool seeing some older local Croatian heads show up to see the Executioner. His set was stacked with all the double drops and teases of classic Ram, Playaz, and other affiliate labels. Easily the coolest venue to host Andy C.

Day 1 of Outlook Festival for us started at the FINWA Boat Party. FINWA hosted a few legends playing the music they grew up on. Zed Bias played a reggae set and even dropped Coki’s remix of Richie Spice – Burning which everyone was elated to hear. N-Type played a Garage set that moved up the tempo a bit. N-Type’s set was really nice with great blends as he went through the Tracklist. General Loefah followed N-Type and played an oldschool jungle set that tore through the boat. It was a real treat to hear these guys playing (I’m guessing) some of their favorite songs they grew up on. 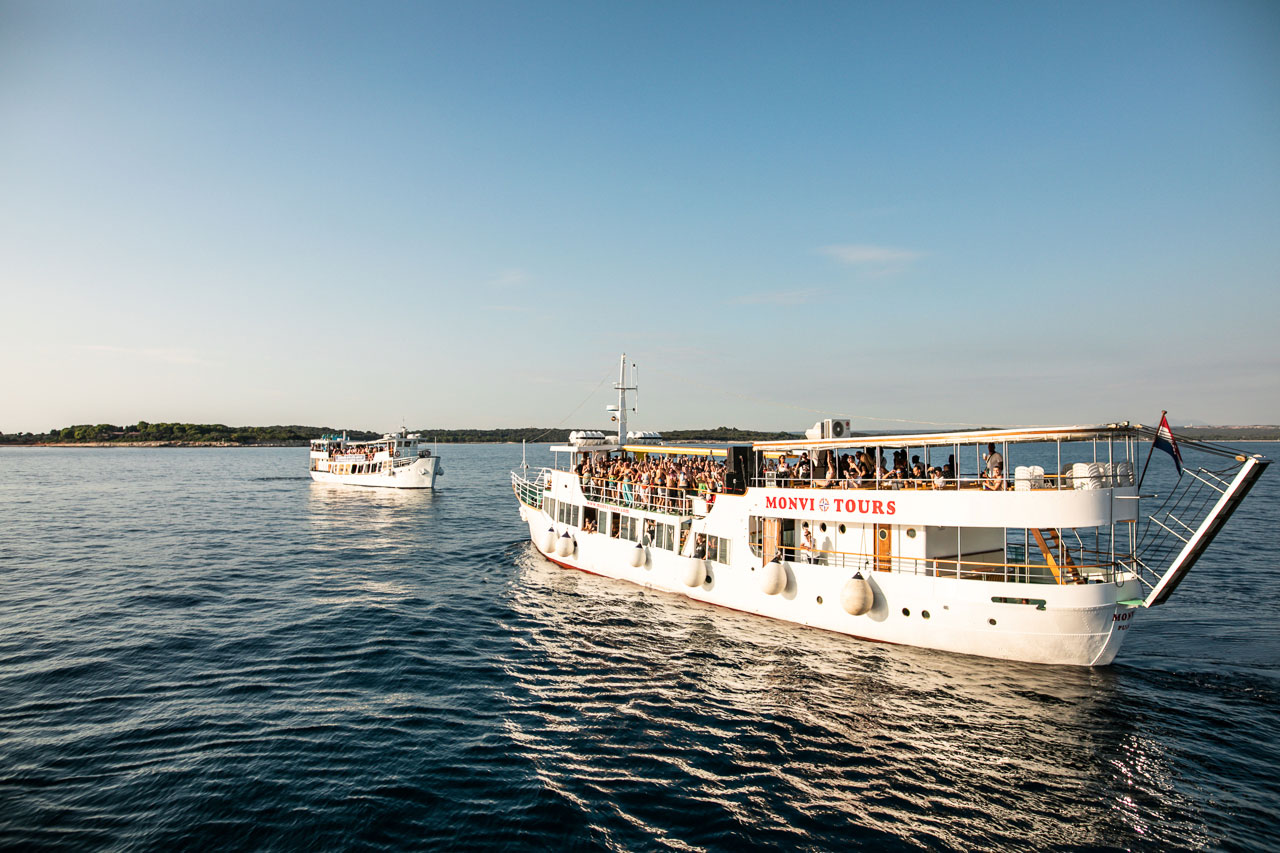 Moving off the docks and into the fort, it was straight to the Void stage for Youngsta, hosted by Sgt. Pokes. Youngsta was dropping classics all the way through. He opened up his set with a double drop of Benga – Night and Skream – Vacillate. Next up that evening was the Croatian Native, Egoless, in the Subdub arena for his special Live Dub set. Egoless’ set had everyone primed and ready, playing some of the heaviest dubby songs, really pushing the limits of that system. I’d say the highlight was when he played Radikal Guru – Empire Dub, which shook the place with an immense wave of pressure and caught everyone off guard.

Day 2 had some soulful sets on the beach, with Children of Zeus and liquid drum and bass by Artificial Intelligence b2b Zero, followed by Lenzman for a Friday Sunset in Croatia. Later that evening was the Sentry boat party. The Senty Boat party hosted a b2b2b2b of Akcept, Cimm, Opus, and Onhell. This was great for the old heads who aren’t accustomed to some of the newer producers on the scene and are a bit unfamiliar with their sounds. Later that night, we took a trip to the Moat to catch Slimzee B2B Oneman, followed by Barely Legal. There’s something special about Barely Legal. Her sets pull from all corners of underground music, e.g. classic dubstep, jungle, even acid house, and is somehow able to tie them all together seamlessly for a banger of a set.

Day 3 Saturday hosted a night of some brutal conflicts. You had all star billing of drum and bass in the clearing that included Calibre, dBridge, Goldie, and Grooverider. The Moat hosted the Swamp 81 crew, celebrating 10 years. In the garden you had a lineup of classic dubstep djs that included LX One, Headhunter (Addison Groove), Youngsta, Hatcha, Rusko, Joker, and N-Type.

With the unfortunate news that Calibre would have to pull out of the festival due to health issues, it made an easy choice to check out Headhunter, who had a direct set conflict. For me, I never got a chance to see Headhunter before he made the switch to Addison Groove. That period that he was producing dubstep is easily my favorite. It was a pretty surreal to hear songs from 2562, TRG, and others from that era played on a festival stage like that. 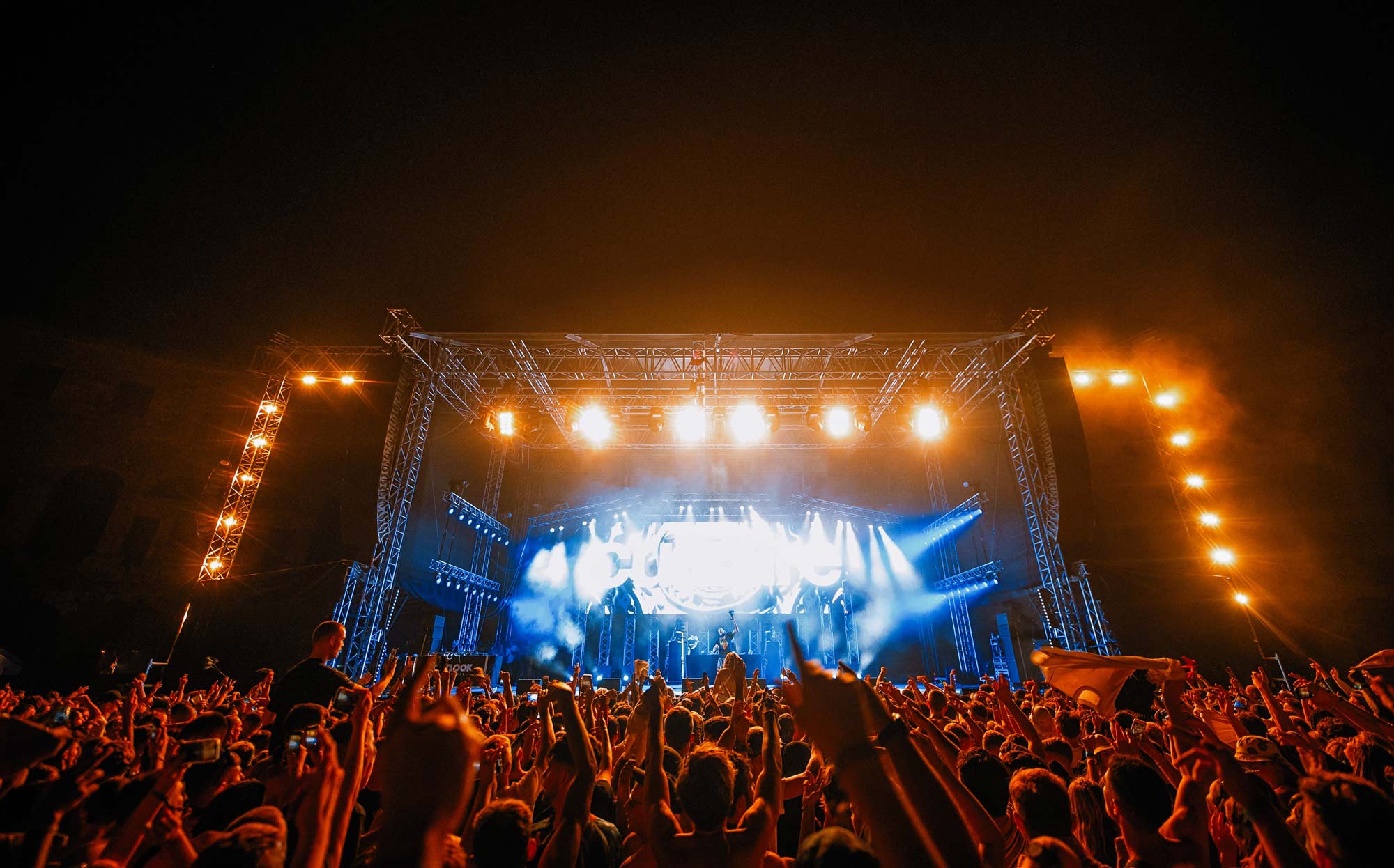 Day 4 Sunday had some on & off rain for most of the day cancelling some of the boat parties. Fortunately, the weather cleared up for the Swamp 81 Boat Party later in the evening. The boat party was hosted by Chunky, who might have been our favorite MC with his “boat party, boat party” adlibs throughout the night. Lamont started things off with the belter Randomer – Bring . Into the evening, DJ-Oneman went b2b with Addison Groove and went back and forth playing a whole range of music from DJ Deeon – Where The Hoez (Uh Oh) to Champion – Gunshot and then ultimately closing out by having some fun taking turns building up some nasty jungle tracks as we made it to the dock. 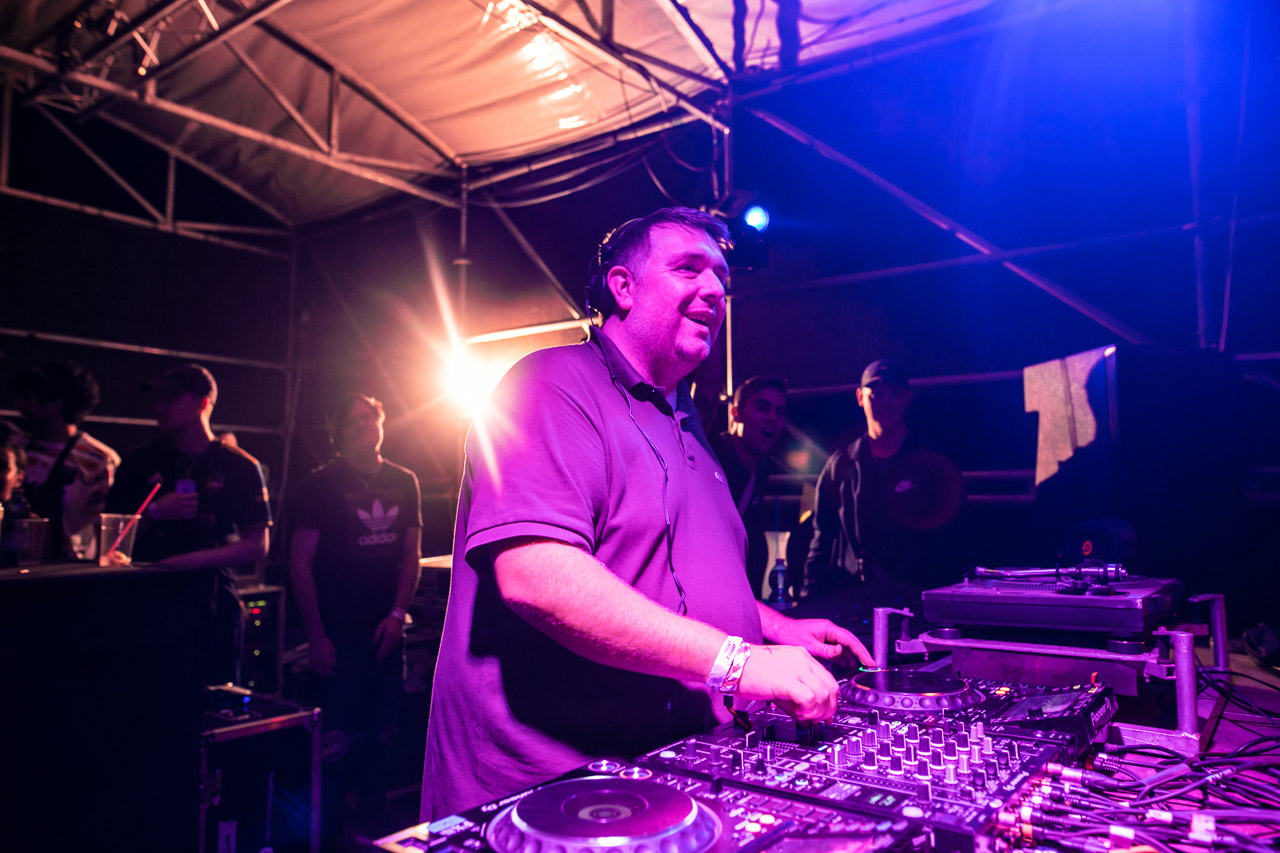 Closing out the night was an evening in the Moat for The Bug & Flowdan, V.I.V.E.K., Chef b2b Quest, and Headland. By this time, people have had four and a half days of raving on the Istrian Peninsula. The ground was muddy, the bass was heavy, and people were looking forward to winding down the next few days on the Adriatic Sea before having to return to real life. For me, the festival crossed many things off the bucketlist. From the performers, to the staff, to the venue… everything was top tier. There were many surreal moments of hearing songs that I’ve either only heard on my headphones or at a small club being show cased on massive sound system at a main stage. It is sad knowing this will be the last time the festival is hosted at this venue, but I am sure the promotors have something up their sleeve.

Get in the mix by 1st October and gain access to Outlook 2020 tickets before anyone else www.outlookfestival.com 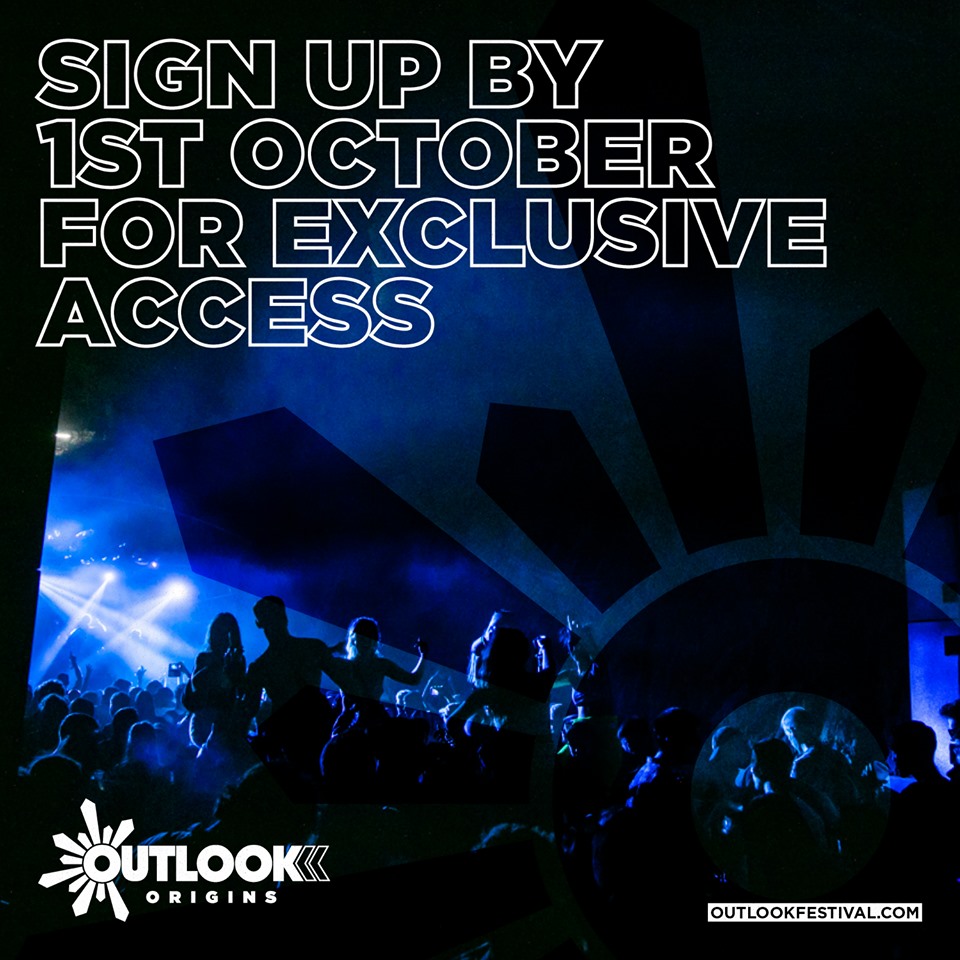