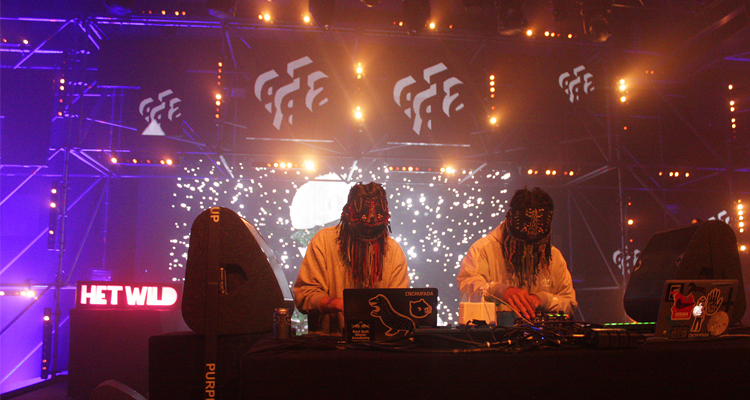 STRP Let You Dance To The Music Of Tomorrow

31 Mar STRP Let You Dance To The Music Of Tomorrow

The theme of STRP Biënnale 2017 is ‘Senses and Sensors’, which is all about perception. The way we perceive ourselves and the world around us and the many ways in which technology alters perception and stretches its boundaries. Some highlights include Stelarc, one of the pioneers of cyborg-art; What If Collective that created a brand new installation; and Fight, an installation by Memo Akten, in which the viewer’s two eyes are individually presented with radically different images that triggers ‘binocular rivalry’. Presented with rival signals, the conscious mind ‘sees’ – or perceives – only one of the two images, and unpredictably alternates between them with unstable, patchy transitions. Which of the two images the viewer perceives, how and when they alternate, depends on the viewer’s physiology.

The performance nights of STRP Biënnale got also the inspiration from the theme Sense and Sensors. They didn’t focus this year so much on the big popular artists, but a bit more on the underground scene. STRP teamed with with HET WILD and Eurabia, both organizers of eclectic dance club nights, they let you dance to the music of tomorrow. HET WILD is a visionary force in Eindhoven nightlife. Without pigeonholing they bring fresh DJs and live acts at het Stroomhuis. Its resident DJ’s AfrikaBoomNada made furore outside the city in places like PITCH, Solar and Bar Rotterdam. The WILD hosts nights with an eclectic mix of the most danceable currently being produced in the world and forced to dance. Whether Hip Hop, Disco, African music or the latest hybrid form of house. By the name EURABIA, Cairo Liberation Front from Tilburg, recently curated club nights at ADE (Paradiso) and Incubate. They programmed emerging Arab producers AND garage bands. Cairo Liberation Front had its second show ever at STRP 2013. Meanwhile they played at places like Dour, Pukkelpop and Art Dubai with their new wave of Arab wedding rave. Time to ask them back and let the forces strike with their friends HET WILD and ZEBRA KATZ, Dengue Dengue Dengue , Africaine 808, Children of the Light: Warping Halos live, Cairo Liberation Front + High Wolf and AFRIKABOOMNADA.

The night opened with a phenomenal show of Children of the Light: Warping Halos live a must see thing. It’s one of the best installation at STRP Biënnale, a circle of light that’s rotate constantly which changed the light. After the show we could start moving our dancing show on the music of

Cairo Liberation Front. They got the crowd really energetic and warmed up for the next act. ZEBRA KATZ is an American rapper based in Brooklyn at the time. He is part of a wave of queer hip hop artists who emerged in the 2010s, who were influenced by elements of the LGBT African American ball culture. 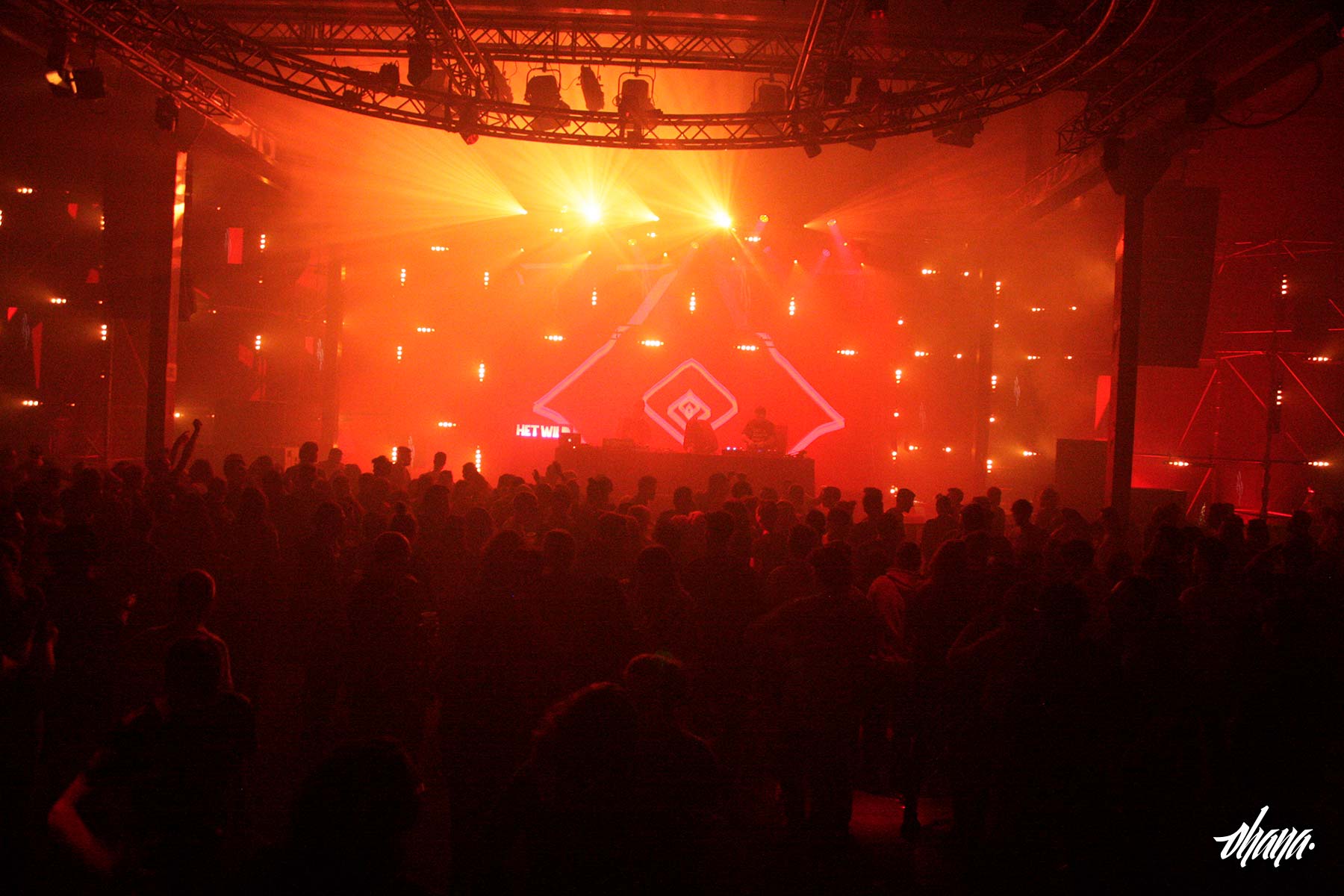 He came on stage in a silver costume, quite impressive. During his show some part of his costume got off and switch it for some dance moves. The crowd went crazy when he was giving them free champagne. I actually never saw a show like this, he went of the stage and walked through the crowd. Dancing with the audience was then also absolutely normal for him. An act where I was waiting for was Dengue Dengue Dengue an audiovisual duo from Lima, Perú. Behind the masks are Felipe Salmon and Rafael Pereira, two producers, dj’s and graphic designers. Their work focuses in exploring native rhythms from Peru and other parts of the world, recreating them in an electronic form, mixing the old with the new, analog and digital, to create their own unique sound and visuals. An unique show that was it for sure, the sound in combination with the visuals they we’re match perfect. If I can see them again I will certainly do their latest album is  next level. The live show of Africaine 808 was also something to speak beyond. With an African rhythms and their groovy beats showed the audience how you move you body. Last but not the least was AfrikaBoomNada Eindhoven based DJ duo, the brothers Elvin and Lloyd Usidame. Maybe you’ll know them as those boys playing in groovy afro indierock band Hunting The Robot, mixing Fela Kuti with Yeassayer and rocking the best afros in town. While they’ve turned into DJ’s, their love for a indie appoach and for African beats got even more mature. The afros got minimal but their cuts even got better. AfrikaBoomNada plays a groovy mix of brooding drums, house beats and funky bass lines. They have been playing Mysteryland, Paaspop, PITCH, Solar and We Are Electric Festival. As residents of the popular club night ‘HET WILD’ they provide their hometown with a steady flow of warm dance music.

Next performance night is on Saturday, 1 April, the collaboration between STRP and Albert Van Abbe brings a night filled with unique performances to Eindhoven. In addition to Van Abbe’s audiovisual live performance, programme for the night includes performances by Katja Heitmann, Liam Young, Huerco S. & Children of the Light, Sendai, Monolake and Kangding Ray. Sleep well the night before – this party goes on until the early hours of Sunday morning and you won’t wanna miss a thing.