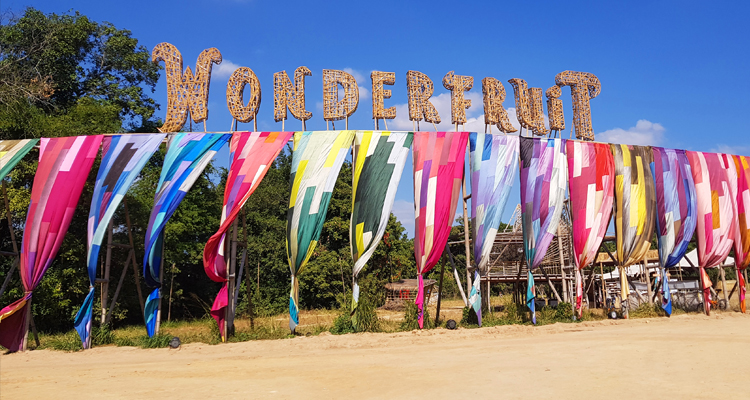 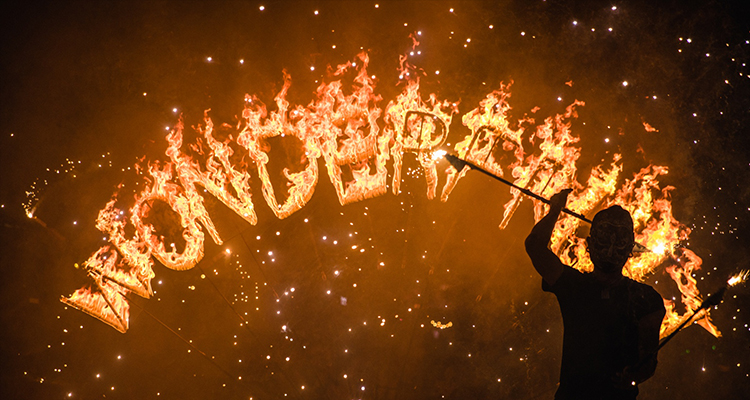 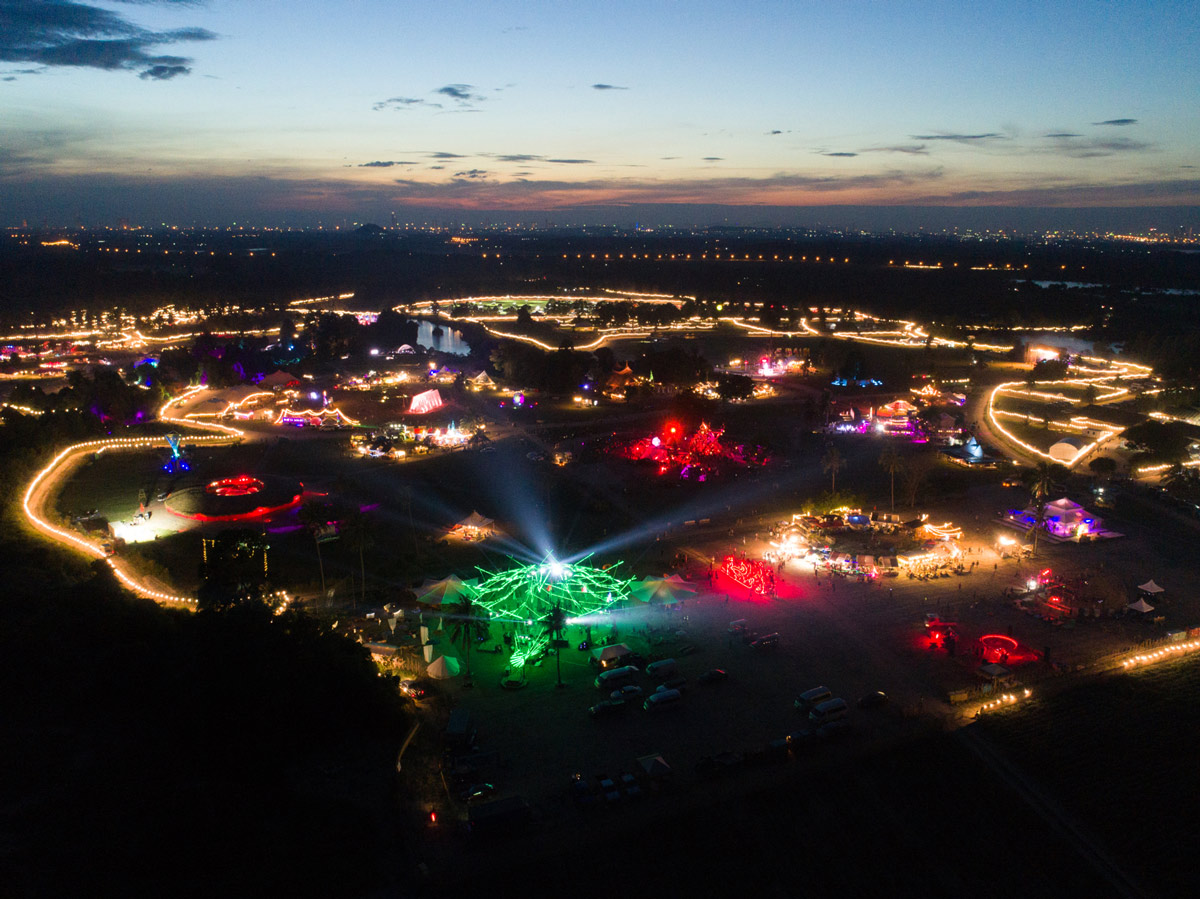 As the child-friendly, eco-friendly sustainability playground for the continents growing conscious class and often dubbed the “Asian” Burning Man or (insert any other similar hippy hedonistic gathering) Wonderfruit is somewhat of an enigma. It has undoubtedly been influenced by similar gatherings but very much has its own identity as a movement with wellbeing and sustainable hedonism built into the very fabric of its DNA. It is far from a copycat festival, but an empowering movement and one with a very strong and genuine social conscious.

I knew nothing of Wonderfruit before visiting for the first time this year and admit I was slightly loathed by having to stay in Pattaya City, the region of Thailand in which the festival is staged and the epicentre of the “sexpat” epidemic however Siam Country Club is located 25 minutes outside the city and is literally another world from the active, bustling and often seedy streets of Pattaya,

What revellers are greeted with upon arriving is a festival that knows it’s identity. Outdoing Islam by 1, Wonderfruit’s ethos is build on 6 essential pillars:

Wonderfruit was undoubtedly one of the most picturesque and cleanest festivals I’ve ever attended, and the broad spectrum of activities and workshops was extremely well curated. One minute you could be learning about the traditional use of plant medicines such as rapé, mambe and ambil, and the next moment melting plastic bottle caps to create your own recycled tableware. Insta-pouters were able to keep their followers sufficiently envious self-decorating in handmade dried flower crowns, stopping off at the eco-friendly glitter station before an ayurvedic yoga session followed by a transcendental dance and squeezing in a gong bath before heading to the solar stage for a truly breathtaking sunset! 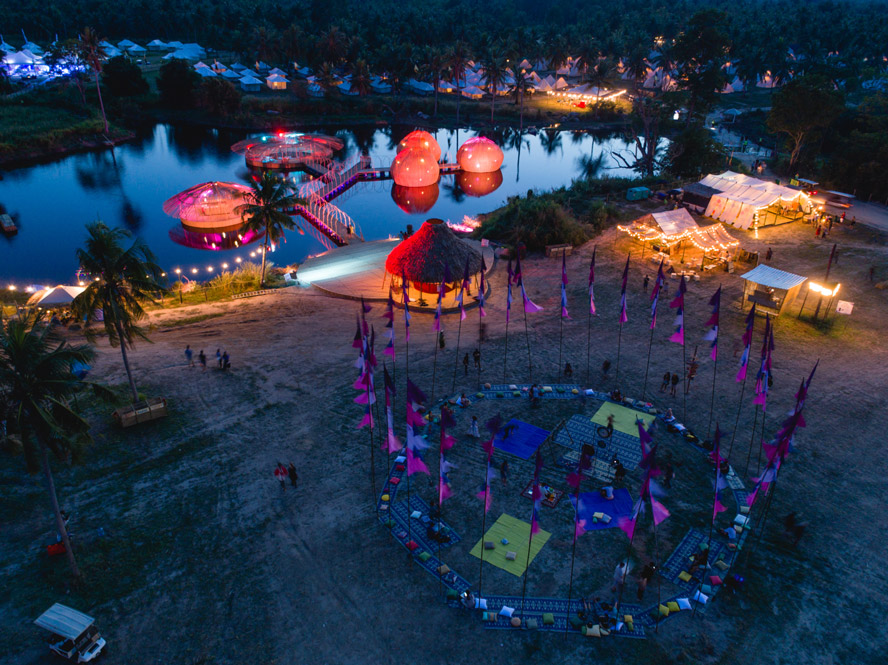 It is almost impossible to overlook just how much attention to detail and care has been put into this festival – one could wander around for days and continually stumble upon something new and interesting. This is coupled by the fact that Thailand lends itself extremely well to a festival of this nature. With its world class street food culture (yes they even have Michelin starred street vendors!), beautiful weather, warm and friendly people, and with massage, wellness and art all ingrained in day to day living – there are very few places that tick so many boxes.

There is a real sense that the festival actively encourages a relaxed energy with an emphasis on slowing down. Beds, cushions, haystacks, chairs, mattresses and general places to lounge could be found everywhere and at times had me wondering why I’d even bothered getting accommodation when crashing on site seem very much welcomed. Being horizontal on a dancefloor became quite a novel and transcendental experience. The “house of doing nothing” was another interesting concept, modelled on a wooden shack, wonderers (as they are called) could be found sprawled out devoid of their technological companions.

With regards to sustainability, this is a festival with a history of building an entire stage of rice that was given away after their 2017 event and eaten – this is noteworthy to say the least. From sculpting natural materials to create the infrastructure to providing the ability to track and offset one’s personal carbon footprint – there was no lack of opportunity to ensure a visit to Wonderfruit has minimal negative impact to the planet. Although I’d heard the term “carbon footprint” more times that I’d care to remember over the course of my visit, the concepts around caring for the Earth from the talks, workshops and general information provided was all delivered from a place of wanting to raise consciousness of attendees. Whether it’s connecting with like minded individuals, learning something new or partying until sunrise – Wonderfruit is very much a framework in which to make us aware of our role as humans and reduce our impact on the natural world, and having a good time while doing it! Recycling was made fun with basketball hoops in place to play a game of “shoot the empty coconut shell”. Visitors expressed their personality and flair not just in their dress, but also in their choice of drinking utensil from medieval goblets to adult baby bottles. The one thing that you cannot miss and are constantly reminded of before attending is that single use plastic is a complete no-no and has no place on site, so revellers are encouraged to bring their own cups or purchase one of the many sustainable Wondercups that would become your drinking companion for the entire festival and beyond. 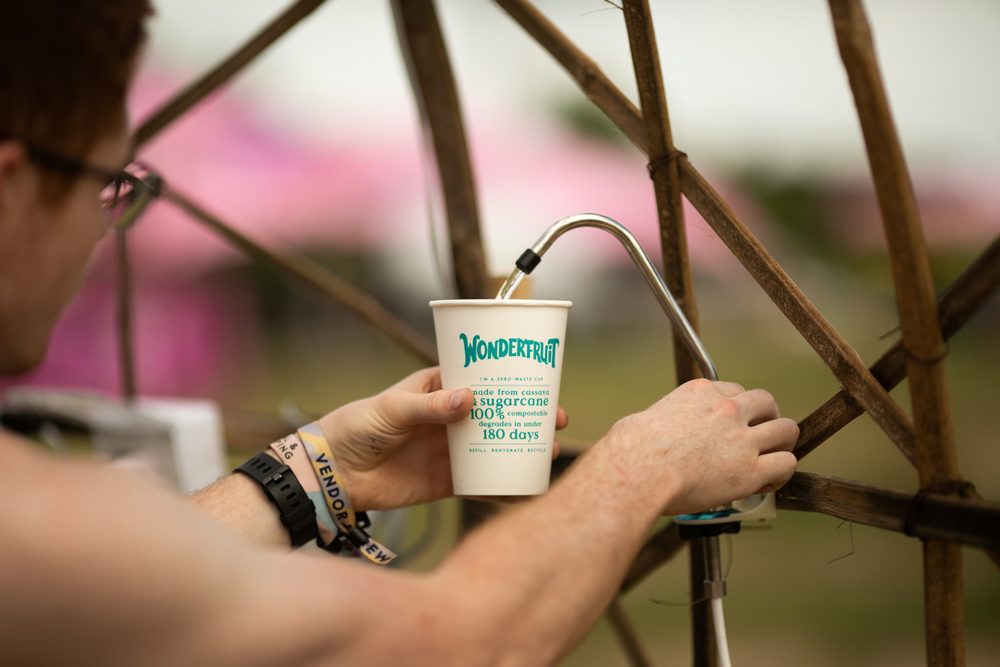 All visitors are encouraged to bring or purchase reusable cups

Regarding all things aural, to say the musical experience at Wonderfruit was eclectic would be an understatement. There was a massive array of both local talent and international acts seamlessly performing side by side. Every corner of the vast festival site had some form of musical or visual performance. Regardless of the size, stages consistently displayed a careful sense of creativity with the bigger arenas well grouped together making it easy to “wonder” from one stage to the next (see what I did there!). It would be unfair for me to criticise the music curation as revellers could be found  jamming to acoustic asian folk music one moment and then listening to industrial tech-house or hip hop the next, however for the night sessions I found myself searching for something musically that sat outside the safe go-to 4×4 beat pattern of house, techno and trance – a wider range of electronic dance tempos would have been most welcomed.

Some of the notable stages included the “Quarry” which was pretty much as the name suggests,  a sunken pit harboring an intense spectrum of beat driven hypnotic dance music with a unique glass display superimposed in front of the DJ. Another stage which caught my attention was the Havana Social, a space themed entirely on Cuban and Latin culture, from the decor, music and ambience – this was a festival based club that felt the most thematic and could be relied upon for a very specific type Hispanic vibe. 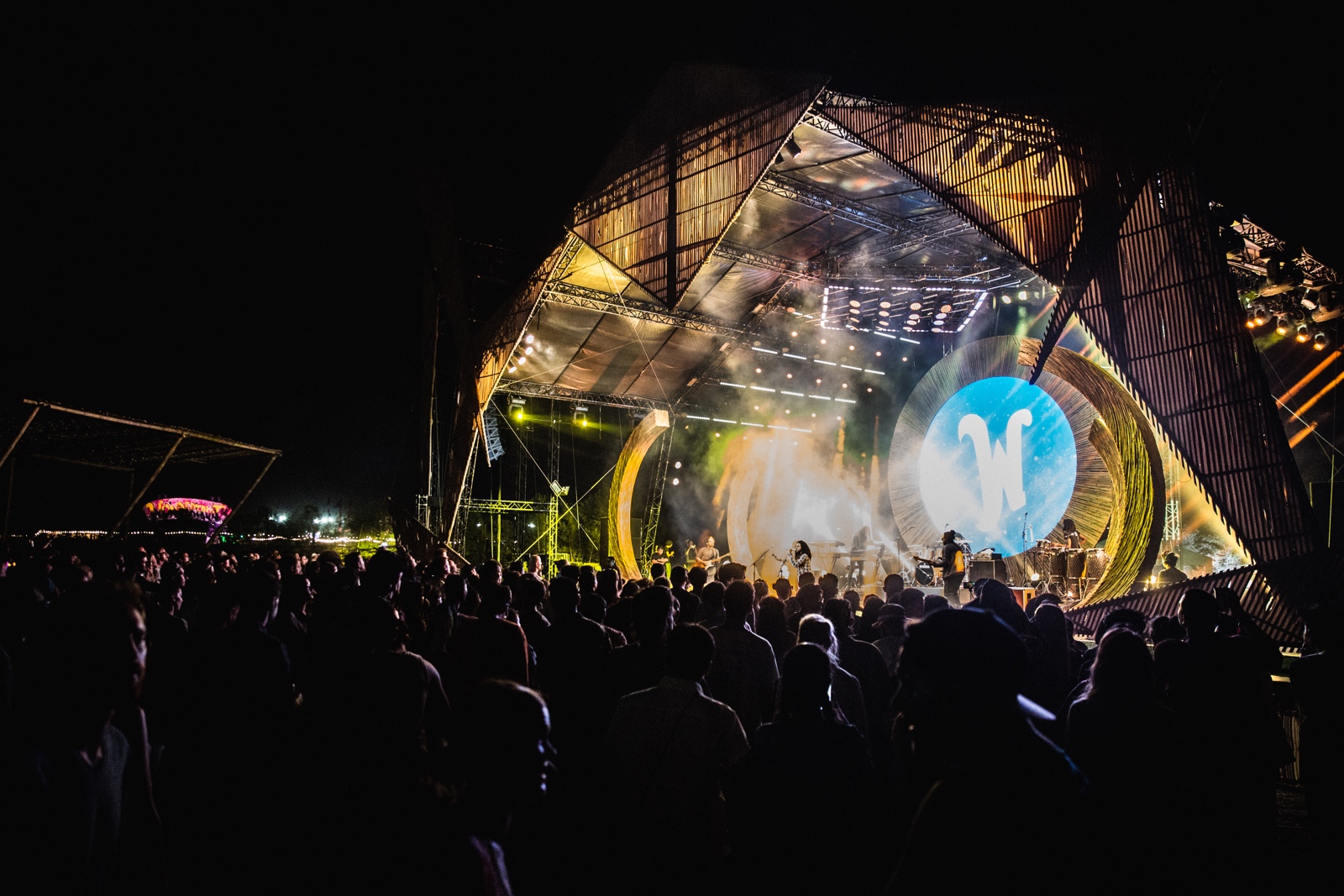 Music performance wasn’t limited only to stages. Impromptu tribal drumming could appear spontaneously in the middle of a crowd or a sunset fire show. This kind of scheduled spontaneity was very much a feature of the festival and played out a number of times over the weekend I attended. Had I made better use of the festival’s custom app, these encounters would have been a lot less spontaneous. On the subject of the festival app, it was a really well made and easy to navigate piece of software and it felt like a lot of care had been put into the features to make it a useful companion.

Those that like their senses heightened in strange ways were provided with a bizarre array of creative art installations. The silent room for example was a trippy, heavily sound-proofed room (well a shipping container really!) which attempted to recreate a creepy and nauseating sense of solitary confinement. Wanderers lined up for the opportunity to be locked into this room – little did they know the same installation is a permanent fixture down the road at the local jail but it was a few minutes of fun nonetheless.

An enchanted woodland with smoke, lazers and spooky music was another random discovery, along with a circle of loudspeakers in the middle of a field, with each speaker recreating a different ambient field recordings. Depending on where one was positioned in the circle it was possible to get a completely different sonic experience. One other notable installation was the Baan Sabai which was a cross between a mystic Buddha shrine and a relaxation altar. With handwoven flower offerings, incense and calm meditative music it was yet another place at the festival to slow down and an opportunity for an inward journey.

One aspect of the festival that I think is worth mentioning was just how well represented Asians were both in the crowd and on stage, as had I based my assumptions solely on their marketing imagery I would not be forgiven for thinking I would be attending a festival aimed at and attended by primarily Westerners. This made for a refreshing feeling of authenticity and FUBU (For Us By Us) vibe, but with unquestionable open arms welcoming all.

Overall Wonderfruit sets a pretty high bar in regards to delivering a seamless and eclectic experience of hedonism, knowledge sharing and consciousness raising in the most picturesque setting imaginable. It’s hard not to see this movement continue to grow and become very much a leader and innovator in the field of sustainable festivals – their ethos is strong and their slogan rang true for many as the festival came to a close : “make your mark, but leave no trace”.