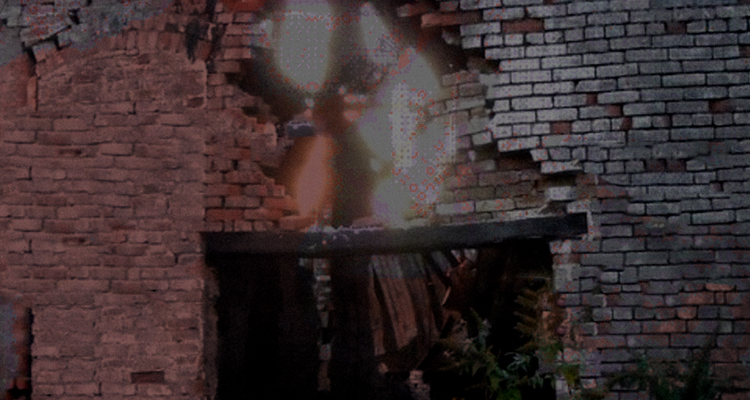 Heavyweights are once again being untethered as Substantial Audio steps forth with their next release – catalogued ‘SA005’. Following up on their outstanding releases from artists such as Repulsion, Aki or Nicky Boy Floyd, the imprint welcomes the talented artist and bass music producer Dench to their ranks, musically reincarnated within the realms of Dubstep and Grime, taking on industrial as well as experimental influences. Hauling a sinister set of vibrations, the Canadian musician delivers raw sound system music with his personal twist on top – a four track EP that is sure to impact the scene and serve as a significant debut of Dench’s sonic capabilities.

‘Hidden’ envelopes ears and body in a dense, atmospheric fog – progressing along sparse drums and a haunting feeling of an impending low frequency calamity. Driven onwards by monumental sub excursions, the breaks-affine groove churns alongside icy reverberations of solemn arpeggios and surging mid-range details, topping off the far-reaching and dark inklings of his sound. Adjusting the tone, ‘Human Sacrifice’ takes on a different appearance – haunting ramblings being muffled by distant echoes, extending into a sea of bass, embedded in sonic gloom. Locked in a fierce halftime rhythm, the unusual drum sequences add to the otherworldly pressure. Going in for the kill, ‘Sin’ turns up the heat – aggressive mid-range excellence firing onwards. The tribal melody keeps the track’s hypnotic movements locked steadily as its upbeat flavor concludes this dancefloor tune. In a more Grime-orientated manner ‘Untitled’ is another one to steal the show, as its experimental inclination and supremely weight-infused low end takes serious measures on any proper rig. With ‘Dench EP’ Substantial Audio has proven once more, that they are rooted firmly in the present, delivering another fantastic release and pushing the envelope on forward-minded sound system music. 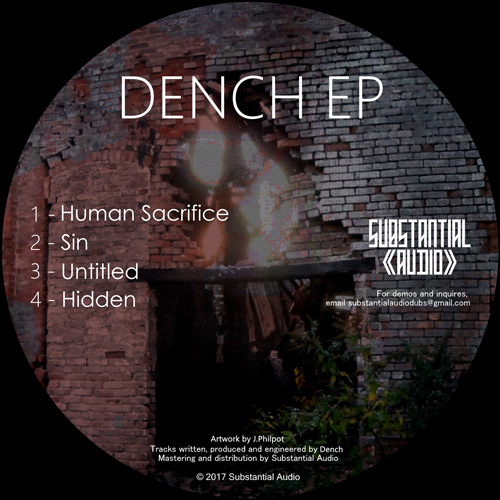