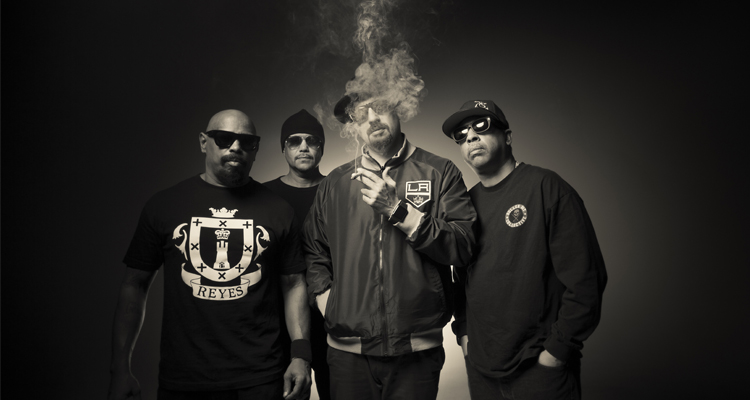 Posted at 09:28h in Interview, Music by Sammy 1 Comment

Cypress Hill, one of the most versatile and iconic hip hop acts of a generation, are playing at trailblazing music festival Boomtown this August. Having written 8 studio albums and experimenting on each with different sounds, they are a perfect choice for the independent event which prides itself on promoting underground music from around the world, leaving no genre unturned.  Originating in California, Cypress Hill have gone platinum on multiple occasions and enjoyed worldwide success as one of the most influential hip hop acts, pushing musical boundaries at each turn. Who else better to embody the innovative spirit but MC Sen Dog, talk about the Cypress journey and upcoming performance at this global scale hampshire festival.

Cypress Hill have gone platinum countless times and enjoyed worldwide success, what made you want to start making music in the first place?

We were already part of the hip hop breaking scene but when I got into music it was because of Run DMC. I’d heard hip-hop before them but it didn’t really move me like that. When I saw them perform on Soul Train for the first time I was still in high school and was taken back, it completely changed my life. 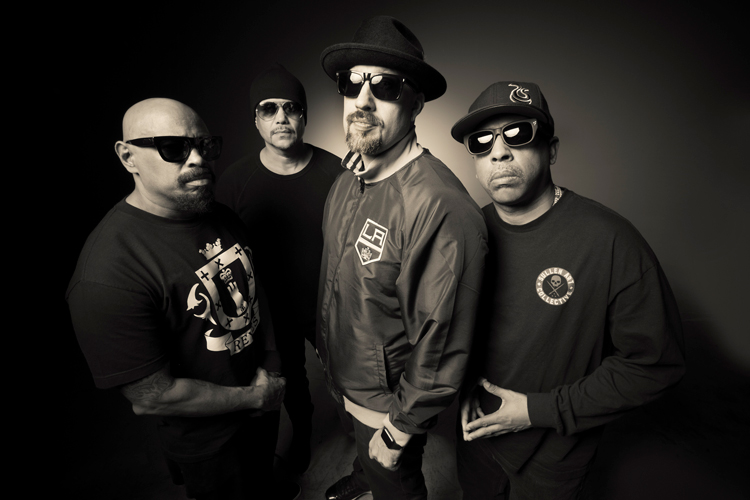 You’re known for being an incredibly innovative act having collaborated with Damian Marley who played the Lion’s Den last year, you must enjoy experimenting with different genres?

Yeah, there’s always different music you can try to marry! We were definitely fans of rock & roll, metal and reggae with all of us having individual likes at individual levels but that was our first attempt at fusion stuff with metal and rock & roll sounds and some reggae stuff. We’ve done Latino dub with a heavy salsa feel to it so we’re constantly trying to come up with something we’ve never done before to keep ourselves from getting bored.

Considering how different each of your albums are, is there one you’d say is your favourite?

The first album and Skull & Bones remain my two favourite records, personally. The first one because we were just two young guys, didn’t know much about life or the world and the music business…we were still on the streets at that point, knuckle head kids with Mugs constantly trying to make us focus on the band, but we were a bit crazy still. Skull & Bones because that was the first album that we were really like, we’re gonna fuse and experiment. All my favourite artists had at one point so we just tried something completely different to what we’d been doing and came with Rock Super Star! So that was a very proud moment for me.

After taking that first step into the unknown, trying something a bit different, do you think that opened the door to more experimentation in your music and the way that you play?

Yes, it definitely made us more open – after that we were ready to do anything! It really opened me up musically because I wasn’t thinking twice about trying to experiment with other sounds, I was just eager to see what was going to come out of it. When we’re playing live on stage, I prefer Cypress Hill in the traditional hip hop format with MC, DJ and percussionist – that’s the way I like to get down! But every now and then I really like getting in front of a band with guitars and drummers and get as forceful with my voice as I can, as aggressive, because it gives you the avenue to be that way. We’ve done some guest appearances with Smash, Dave Lavaro, Travis Barker, Tom Morillio – all these rock n rollers who want to jam with Cypress and that’s a whole other hierarchy, a whole different echemol. It’s almost like, damn..every time we get to do that I’m just super excited! 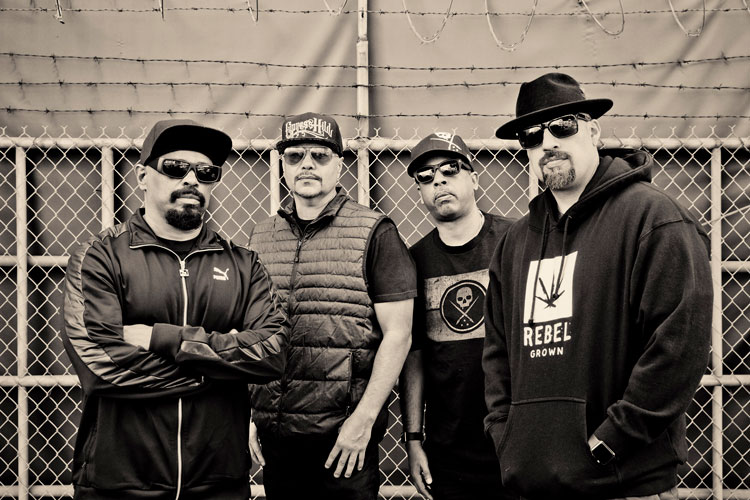 You guys are headlining on the Lion’s Den stage, the biggest reggae stage in the UK, on ***. Reggae music is really the backbone of Boomtown, is there a particular reggae artist that’s been influential to you?

Well of course, the man, Bob Marley. Peter Tosh and Bunny Wailer, those artists were very instrumental in getting me to listen to that style of music and then listening to what they said. Bob Marley’s lyrics were spiritual, the only way you’re not going to be affected by that music is if you don’t have a soul, which is what I love about that brand of music. Whatever environment they grew up in, it made them think ‘what could be better for my spirit and my soul’ and a beautiful thing. It was for humans, opulent, across the board – it wasn’t just a Jamaican thing.

How have you dealt with growing into one of the most iconic figures in hip hop?

Well I guess it’s something I don’t think about in my everyday life but like last week I got pulled over by a policeman because he saw me in traffic and he turned around. I thought I’d done something wrong but he just wanted to get a picture (laughs) so at that point I’m like, that’s what this life is! It’s part of it but it’s mind blowing because we idolised iconic figures. The level to be able to meet those guys at is a special thing – to think we actually became the things we were looking up to, our idols.