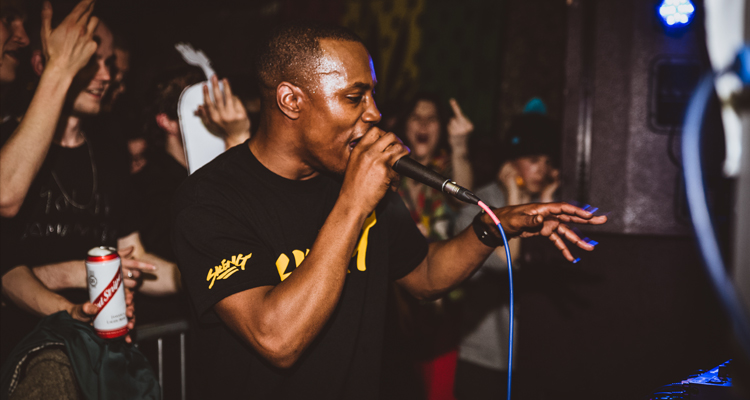 ‘It’s about time’ was the UK grime scenes collective response after the genre finally broke onto the global stage with Stormzy, Skepta and JME leading the way. Since then it’s been all eyes on London as grime becomes a major influence on music, politics and culture worldwide.

Patrick Knight AKA Killa P has been at the front line of the grime scene since its murky beginnings in the early 2000s. Killa P joined Roll Deep in 2002 and since then has been a pioneering influence on UK grime and bashment music with releases like The Bug’s Skeng going viral globally.

Ohana Magazie caught up with Killa P to talk about his versatile music career, his rude boy past and what went down behind the scenes with Skeng. 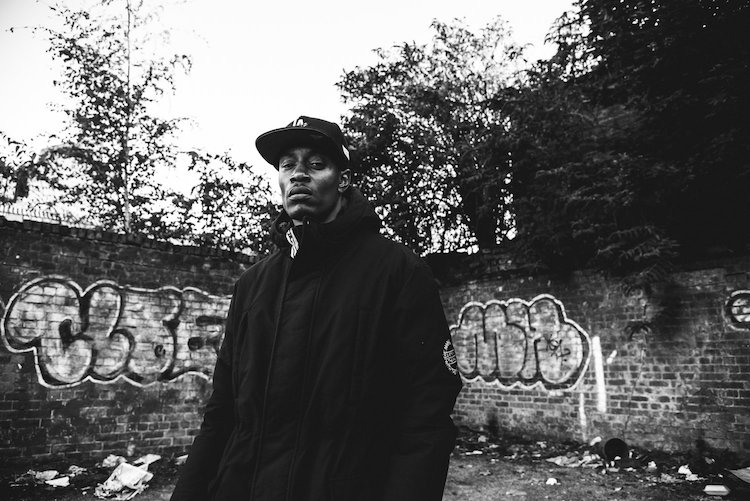 When did you first get into grime music?

I came out of prison in 2002. They had me on a tag so I had to be in my house by 7pm every evening. There was a program I used to watch called “Faking It” and there was a guy called “Pay As You Go” on there trying to teach some normal guy to MC. I saw my cousin Flowdan on the program and called him to find out what’s going on cos I want to be part of this.

I became a part of Roll Deep from that. I was 22. When I was 23 I decided I was more of a cameraman than an MC so I filmed a lot of what was going on at the time. Then slowly I’d go in on the shows and shut it down. I wasn’t confident at first. I come from the bashment era so I’m originally a reggae artist, not a grime artist. I was the shittest of the bunch at the beginning. Definitely.

How did you build up your confidence?

Just being amongst my peers and my family. Back then we were a family trying to maintain a certain energy and togetherness. We were just MC’ing in the kitchen not knowing we were on the radio. Or a bunch of us would be MC’ing on the roof. There was no money involved and if there was we didn’t know about it. Music has always been my life. I didn’t care about anything else. Making money through music was always my thing, no doubt. 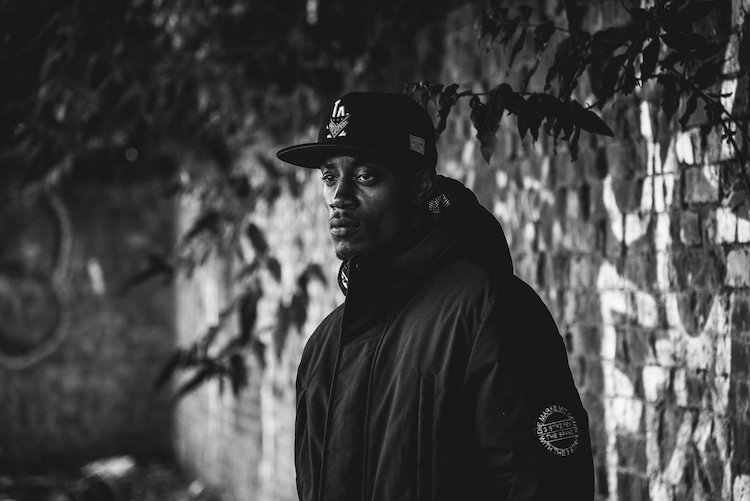 Was that the same for your peers as well?

A lot of people came into the industry because they had friends that were already at the top. The crowd already knew their songs and they had bookings coming in already. A lot of these MCs didn’t have a passion for music, but their friends gave them a lyric so the whole crowd sings along to them. They got into it because their bredrins were doing it.

So when did you first start getting recognition for what you were doing?

When we released the Roll Deep album ‘In At The Deep End’ my name started to get mentioned. Then we moved from rooftops and kitchens to Radio 1. Those places gave us a great platform to be heard. That changed the game for us. Coming from Rinse FM and getting on Radio 1 was a big thing.

After that Roll Deep released more music and then we got into the recession. I released a CD called “Credit Crunch” that was sold for 99p online. Then I released Killa Instincts Vol. 1, 2 and 3 and I started to get recognition, people started taking me 100% serious.

But then there came a point in my career where I stopped recording myself. I stopped going to the studio and made a studio in my house and started recording artists like Section Boyz – Devious and Big Narsty.

My day-to-day living consists of checking on my kids. I’ve got an 18 year old, a 9 year old, 4, 3 and 1.5 year old. They’re all based in London, 5 different mums so you can imagine the stress. The stress is real.

If there’s anything my kids need I’ll go do my rounds. Then I’ll be at the studio. I try and keep the majority of my time positive. If I haven’t got anything to do I’ll go and chill with my youngest child. But I work hard, I keep busy, I do my music, I don’t do anything I shouldn’t. I chill at home. We got to strive hard, we can’t play games. We aren’t here to smile and laugh and joke. We want to change lives and change our own as well. 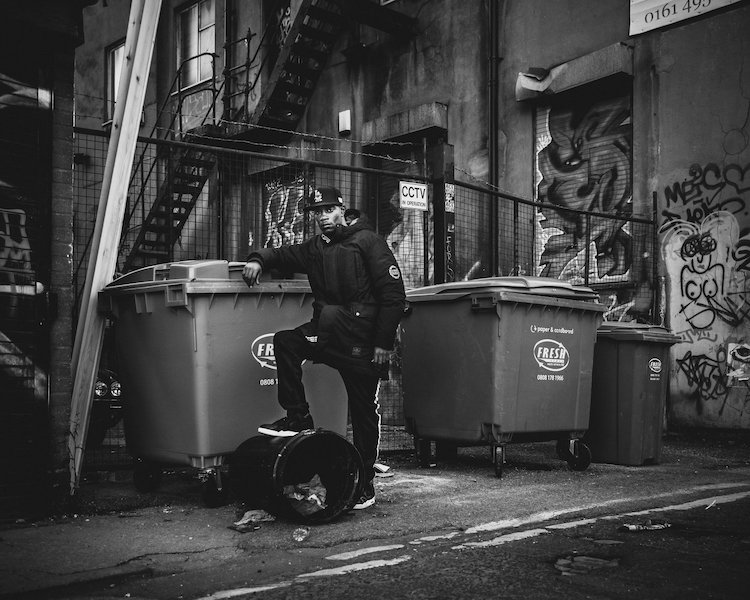 In the last few years grime has exploded. How do you feel about the US and the rest of the world having their eyes on grime music?

It’s about time. Why’s it taken so long? The UK is the only place that doesn’t know how to nurture an artist from scratch. I’m not talking about X Factor or none of that, I’m talking about real ghetto people who come from the streets. Giving people who have raw talent a platform. The UK’s not good at doing that. It’s good at marketing what’s already been marketed.

We, the originators of our own genre, we still don’t know how to market our own shit. That’s the only problem that we have, marketing.

I would love to perform in America. I’ve got a lot of people out there who want to work with me at the moment. It’s just the visa. I was a bit rude back in my time so I got a record. It might hinder me from getting through those gates at the US. But hopefully they’ll see that I’ve done my time and that I’m a changed character.

What do you think has changed in the last few years to make grime so popular?

People are listening to what they want right now. You’ve got to understand, we’ve done over 10 years in grime. Now we’re catering to this younger generation. They just turned 18, they’re seeing a bit of freedom, maybe flown to Ayia Napa or Ibiza. Before there were only a handful of MC’s. There wouldn’t be people knocking for the mic, pulling mics out your hand like there is today.

It’s a free-for-all at the moment. We’re back where we started. If you put yourself in the right position and do the right groundwork you’re gonna be heard and you’re gonna be seen. If you think it’s gonna fall in your lap then it’s definitely not. If you think you can make a song today and then six months later come back, we ain’t living in that time no more. Your face will be replaced in 60 seconds. 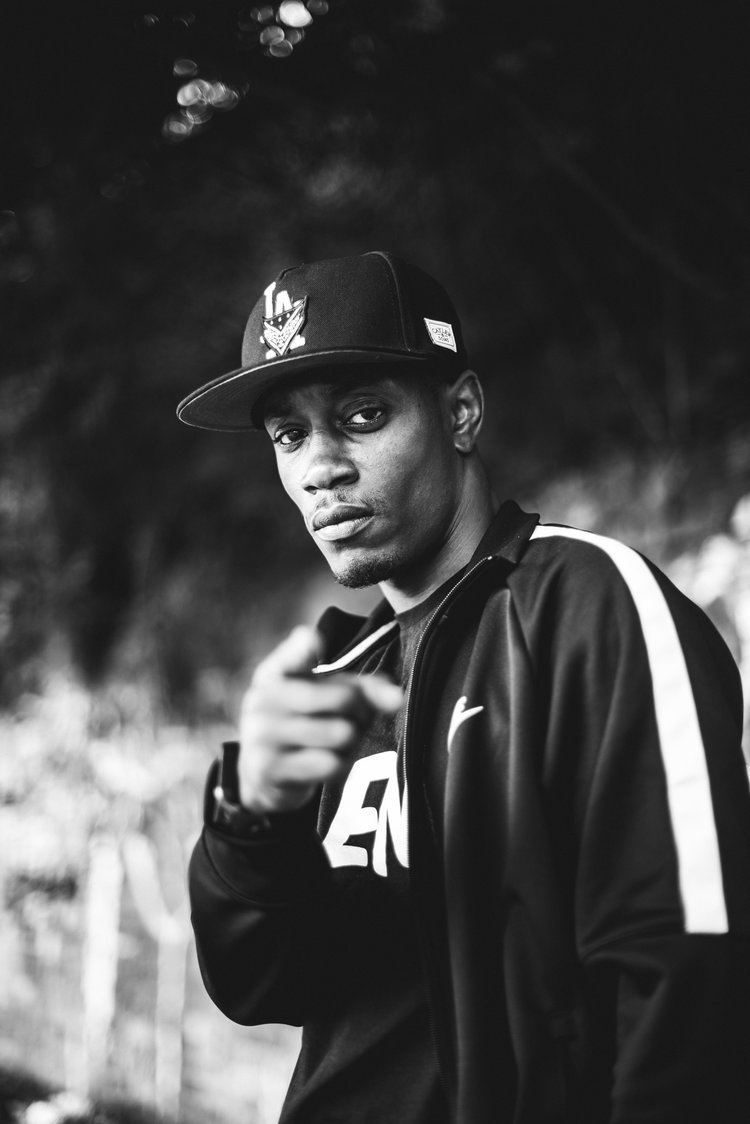 How did it feel when Skeng became an overnight success?

That is a very good question. Skeng was recorded in May 2007. I done a lot of flying out that year cos it was the first time I ever got my passport. I didn’t know what was going on. I didn’t know about the money or business behind it. Skeng was doing a lot of damage. It was being played everywhere, people was giving it good reviews. But I never saw no global attention from Skeng.

All of the global attention from Skeng went to Flowdan. It was only when I did the follow up from Skeng that people actually acknowledged that it weren’t just one person on that song. Where is Killa? Why ain’t Killa been on all these shows?

How did that happen?

There was some foul play somewhere down the line. I’m not a bitter person with things. I’ve had money in my life. I’ve seen a lot of shit. My own cousin doing me the dirty in that way was a wake up call for me. I’m only seeing the success of what it was now. I created Skeng from the get-go, freestyled it from start to finish. And I told Flowdan what to say in-between.

The last two years I’m seeing the love from the work that I’ve done. Back then all the love was going to Flowdan. I was in the shadows. I was hearing about it and could see he was performing my songs all over the world but who was I? I didn’t have any connections to the promoters.

So I went back to the drawing board. But if you’re the creator you can go back and create something else. Yeah I lost out a lot but it was a learning curve for me. It weren’t my time. But my time is now and I’m happy and I’m grateful.

Success is not money. It’s when you touch people. It’s when you’re highly regarded in your community’s heart. I have a strong connection to my supporters. I feel alive when I’m amongst them. Money can always get a few problems away but it always brings a few more towards you. My thing is to unify my people with the words that I say. My songs sometimes sound violent but I know the people who listen to me don’t take what I say and harm each other. I’m one of those rooting for that in my personal life and in my musical career. The ones I really need to appeal to in my community don’t listen to my music. They listen to trap and drill.

Do you think that kind of music breeds more violence?

There’s no positive nothing coming from that. It’s just violence on top of violence but we know there’s a lot of people fuelling this. Let’s go back to like 20 years ago. When someone was signed by a record label and you went to do a video you wouldn’t be able to have gun fingers or gang signs in the air. You weren’t allowed to even look a certain way. So when I see that these people are allowed to do these things in their videos it makes me question things.

Do you have any particular live shows or moments that have stuck out for you?

The Outlook Orchestra at The Royal Festival Hall last year topped everything. It was so epic. The roar from the crowd was crazy. It was me and Flowdan performing. Everybody played their part right. We were amongst stars. We were in a dressing room with Sean Penn. You’ve got to be very humbled in such a situation.

What projects are you working on at the moment?

I got about 10 singles ready to be released in the next couple of months. I’ve got a single coming out with Teddy Bruckshot soon. With Spyro. I got my album near enough finished – Killing Time will be coming out in 2018. I’m trying to get a vinyl released as well so working hard at the moment.

Also doing my community work. I’ve set up an organisation called Unity First. What we do is put on events for unfortunate youths out there, the ones that are creating the trouble, that are disturbed and have bad home lives. So I take about 60 of them out of London for the weekend.

We’re out there trying to change lives and save lives. For me that’s what success is. Being able to guide young people and save lives. I’ve been to too many funerals. It’s not fair on the parents and the people who pick up the pieces.

That’s my crew. It’s a Jamaican style crew consisting of me, Ihra and Long Range. We’re trying to show that if you collaborate together consistently you find a formula that works. Look out for Killa’z Army.

Listen to Killa’z Army on Soundcloud

Check out Killa P on Resident Advisor for upcoming shows