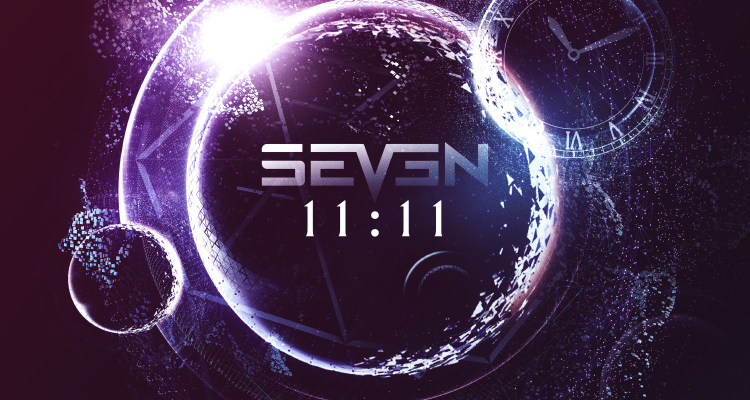 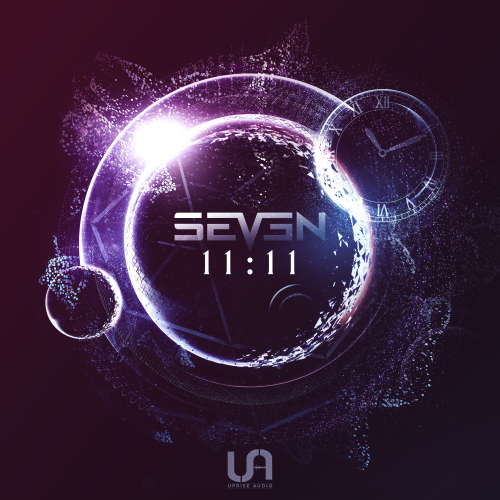 Wide reaching in stylistic flair and uncompromised sound design, Seven proves a true soundman’s acuity for timeless bass music with his forthcoming full length ’11:11’. Featuring collaborations with the likes of Juss B, Youngsta, Truth, JMan and the delicately crooning vocal stylings of Polly Yates, the album makes contact with a host of musical personas while remaining true to a clean-cut and unyielding trademark.

Fuelling the flame and amping up the energy in a matched fashion, ‘Bangbadem’ speaks in an ageless language of rolling percussion, tribal muses and driving basslines, evolving as it unfolds.

‘The Elephant in the Room’ provides the ideal follow up to a high octane anthem, increasing in tempo and finding a revolving halftime flow. Echoes of lands lost tell an undreamable story as rich tone meets propulsive mid bass.

‘Fire and Ice’ rings correspondingly, soft voices flowing throughout a dripping 3-dimensional soundscape of glistening echoes, floating above yet in no way detached from a forceful layer of electric mid and sub bass. Vivid visions emerge, pools of blue and the serenity of hidden caverns are seen on it’s spatial stage.

Slowing down to a reflective viewpoint from which to anchor ourselves before jetting into an undulating world of voluminous percussive weavings, ‘Apparition’ is the answer to the storyteller’s final word, continuing a trend of luxurious timbre and resetting our musical clocks in hasty preparation.

Dark yet magnifyingly luminous, the collaboration between Seven and Juss B that is ‘Temprement’ allows each artist’s sonic code to shine through as it passes the handle from one bar to the next. Satisfyingly dizzying mids and indiscernible voices sit atop a frenzy of percussion, it’s strong and steady beat a canvas for an intricate landscape.

Saluting the dance once more, ‘Top Rank’ featuring JMan quenches our thirst for filth as we find ourselves entranced in the relentlessly smooth and addictive wordplay, with the definitive vibe of the charging beat beneath keeping us moving from start to finish.

‘Sour Power’ from Seven, Juss B and Truth comes to us as a deep and deliberate wishing well, each stone thrown into it’s murky grasps bouncing off into an ambient lament, mirroring it’s depth in each resounding echo and heavy handed hit.

Firing a warning call in preparation for a classically booming bassline affixed with spontaneous growls and digital texture, Seven in collaboration with Youngsta brings to the table a lively crossbreed of distinct and complementary sound selections with ‘Pyramids’.

Throbbing in low end and sparked to perfection with crisp accents by way of percussion and fizzling synth, each unique sound incorporated into ‘Drowning’ commits to a minimal masterpiece booming with eloquently crafted emotional heft.

Together with the album there will be a special 12″ being released that will run alongside and feature the tracks ‘Bangbadem‘ & ‘Sour Power’.

Do not sleep on either of these release’s.

You can pre order now through Uprise Audio’s Bandcamp here.