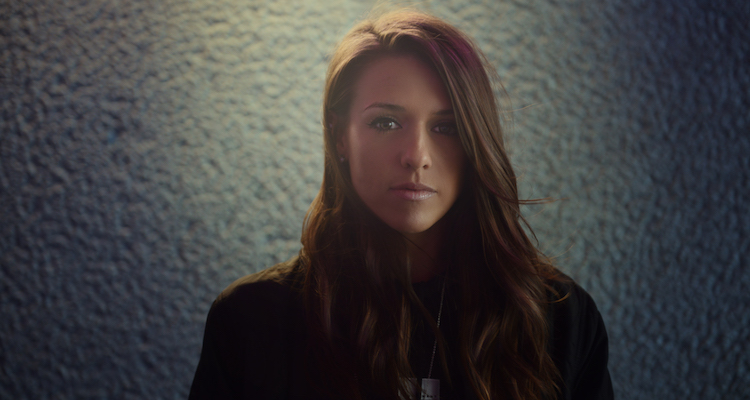 Posted at 07:40h in Interview, Music by Family 0 Comments

Charlie Tee is a London-based DJ, broadcaster and dance music connoisseur. She cut her teeth as a young’un in the industry through hard work, dedication and a true passion for dance music. Ohana Magazine caught up with the Kiss FM producer to chat all things music and her perception of those comments made by Konstantin.

How did you get into electronic music and where was your first gig?

I got my first taste of electronic music when I was about 12 (I’d managed to rip a podcast on my crappy dial up computer). Then my parents took me to Ibiza when I was about 15. I remember walking around and just being in awe of the energy on the island and mesmerised by the dance music culture.

I’d messed about on mate’s decks from being about 19 but I didn’t actually get my own until a year or so later (some hand-me-downs). I literally spent hours in my room clanging away until I got the hang of it. And my first ever gig was at a university open day, playing out the side of a truck, believe it or not!

You have your own show on Kiss FM – what steps did you take to get this opportunity?

I guess I’ve always been a bit of a ‘yes man’. I’ve always viewed music as a passion, rather than a ‘career choice’, even now. So anything I could do to be involved further was a no-brainer. I knew I wanted to be a music journalist of some description, in whatever capacity.

I started off interviewing artists in clubs, then I got a job as the host for D&BTV. From there I worked for Sony Music’s 16-24 think tank, interned at DJ Mag, ran a music blog and had 3 weekly shows on a community radio station. I heard Kiss were on the lookout for new talent, so I tried my luck and luckily they liked me.

What have you found most challenging about breaking through as a DJ?

I think the fact that I don’t make music has made it slightly harder to progress in the current club climate. Unless you’re one of the iconic originators, it’s hard to break through as a DJ if people can’t associate you with music you make. As clichè as it sounds, I don’t really pigeonhole my sound. You might catch me playing jungle and drum and bass at one night, or house and techno at another. I just love great music.

What’s your opinion on Konstantin’s recent controversial comment that it is much easier for women to get recognition in the industry?

I think this is a particularly poignant topic of discussion at the moment; also a bit of a difficult one. I don’t feel it’s fair to say ‘it’s easier for women to get recognition in the industry’ because from personal experience, I know that it’s just not true. I know so many women that have worked bloody hard to get to where they are and it certainly hasn’t been handed to them on a plate.

However, playing devil’s advocate a bit. I know there’s a big emphasis on females in the industry right now, particularly in publications and online. I think this might be misconstrued by some as ‘making it easier’. When in actual fact, what we’re trying to do here is create equal opportunities for women, in a mass-male-dominated industry. It’s important to encourage more women into the scene and if celebrating iconic women in music is the way forward, then I think that’s pretty important.

I’m not for one second suggesting that we give women more opportunities for the sake of it because of their gender – that’s not what I’m saying at all. But it’s important for young women to understand their place in the music scene is just as valid.

Hopefully in a few years we won’t be having this discussion still – it’s getting a bit tiring now.

Have you experienced much prejudice in the electronic music scene or have you found it to be a supportive environment?

Personally, I’ve only had one incident where I’ve experienced prejudice but that doesn’t mean to say it doesn’t happen.

I’m sure you heard about Jackmaster’s Twitter discussion, where he exposed some heinously unacceptable things said about The Black Madonna to him. It is never okay to assume an artist didn’t write their own tracks just because they’re female!!

That said, I work with so many incredible people and artists where my gender is not a factor in how they perceive me. I don’t ever understand why it would ever be.

So, over the next few weeks I’m playing at Boardmasters festival and Elrow Festival in London. I also started my own project call Tee Total a few months ago. The ethos is to create an open minded dance music community that enjoys music of all genres. We’re going to be throwing parties and launching the label early next year, all under the same guise. You can check it out at TeeTotalMusic.com